Dravid, who now coaches junior Indian teams, is vacationing in Spain and took out time on Sunday to watch a La Liga match involving hosts Barcelona and Atletico Madrid.

Former India captain Rahul Dravid ticked one of the items on his bucket list when he watched Lionel Messi play at Camp Nou, the home ground of Spanish football giants Barcelona.

Dravid, who now coaches junior Indian teams, is vacationing in Spain and took out time on Sunday to watch a La Liga match involving hosts Barcelona and Atletico Madrid.

“It’s one of the things I’ve always wanted to do. To come to Camp Nou, watch a football match and to be here, experience the atmosphere is absolutely electric,” Dravid told fcbarcelona.com.

“It’s incredible, I mean to be able to watch people like (Lionel) Messi and (Luis) Suarez play live is fantastic for me and my family. So thanks to Barcelona FC for the hospitality, it’s been excellent.”

Playing in front of a packed crowd is something he is well used to, having done it for the better part of his long international career in which he amassed 24,208 runs across formats.

“We have great crowds and great atmosphere at the IPL and a lot of our Test matches as well, so cricket is the No.1 sport in India but football is catching up very quickly.

“We have our own league in ISL and there is massive following of La Liga, especially the match between Real Madrid and Barcelona,” he added.

The 46-year-old was also presented a jersey which had his name on the back. 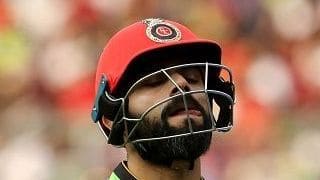 IPL 2019: If India are smart, they rest Virat Kohli now for the World Cup: Michael Vaughan 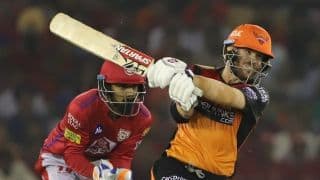