Ray Price was only the second Zimbabwean cricketer to have played in the IPL. After being unsold in the 2011 auctions, he was later roped in by Mumbai Indians (MI).

Born June 12, 1976, William Raymond Price, famously known as Ray Price, is a former Zimbabwean cricketer, primarily a left-arm spinner who was known for his intimidating character. He is known to be the second best spinner in the history of Zimbabwe cricket after legendary Paul Strang. He adapted himself well with the red ball and did a commendable job in the longest format. On his birthday, Suraj Choudhari pens down 20 lesser-known facts about the wily and accurate spinner.

1. Golfer uncle: Price is a decent golfer; a quality which he probably got from his uncle Nick Price who is one of the finest and has won the British Open in 1994.

2. Tragedy at birth: Price had a premature birth and was born couple of months before than the expected date as result of which he acquired meningitis when he was a few months old. He had a slight chance of surviving which eventually he did by fighting hard at a tender age.

3. Deaf during his childhood: Due to the problem he suffered during his birth, Price had problems in hearing and was deaf till the age of four as it was a problem difficult to spot. He underwent a surgery and regained his hearing senses.

4. Pace bowler to spinner: Initially, Price was a pace bowler in his college days but later he mastered the art of spin bowling and continued being a tweaker.

5. Trained AC mechanic: Price is quite a pro at installing refrigerators and Air Conditioners as he has been trained for this service.

6. Made place on the basis of his prolific run: Price made it to the national side on the basis of some prolific performances. When Zimbabwean spin bowlers were hampered by injuries and lack of form, Price was given a national call as he donned the whites for the first time against Sri Lanka at Harare in December 1999.

7. Sachin Tendulkar as his bunny: During the Zimbabwe tour of India in 2002, Price made Tendulkar his bunny as he got rid of the master blaster three times in three consecutive innings. He dismissed Tendulkar at Nagpur and then got the better of him in both the innings of Delhi Test, an achievement to boast of. READ MORE: 11 forgotten internationals who once played in the IPL

8. Prolific run against Australia: Price had a fascinating run in the Sydney Test in October 2003 where he scalped six wickets and established himself as a leading bowler.

9. Ripped apart West Indies: Price wrecked havoc in the Test series against West Indies as he dismantled the Caribbean line-up with his wily spin and accounted for 19 wickets in two Tests. He almost won the Harare Test but the victory was denied as Ridley Jacobs and Fidel Edwards stood tall and saved the day for West Indies.

10. Rebel player: Some time after establishing himself at the highest level, Price joined the player rebellion in 2004 which was led by skipper Heath Streak.

12. Sports shop: Post-retirement, Price managed to remain associated with cricket as he opened up a sports shop.

13. Unsung hero: Price has been the unsung hero for his country, as he is the second highest wicket-taker in Tests for Zimbabwe and also one among the only four bowlers to have scalped 100 ODI wickets.

15. IPL: Price was only the second Zimbabwean cricketer to have played in the Indian Premier League (IPL). After being unsold in the 2011 auctions, he was later roped in by Mumbai Indians (MI) after Moises Henriques pulled out due to a mistimed injury.

16. Friends with Tendulkar: After Price was picked by the MI franchise, he met his new teammate Tendulkar and went to his house and gave his daughter a packet of Biltongs. Since then they both have been good friends.

18. Comeback: Price came back to Zimbabwe in 2007 and featured in many National League games for Old Hararians. But this did not pave way for him in the 2007 ICC World Cup.

19. National comeback: Price was one of the fortunate rebel cricketers who made a national comeback riding on recuperating scenario in Zimbabwe. Towards the end of 2007, Price returned to Zimbabwe side officially and resumed his national duty.

20. Left a mark: Price announced himself straightaway as he had a terrific comeback. By picking up 45 wickets in 27 games, he achieved third rank in the ICC Cricket ODI Bowling Rankings. After this, he was a regular for Zimbabwe and represented almost every game for his side. 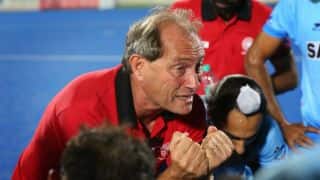 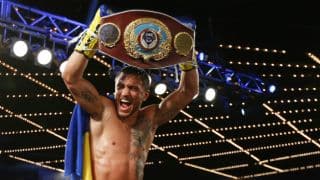