Former cricketer Nilesh Kulkarni, widely remembered as the bowler who picked a wicket from his first ball, has come up with a unique concept.

Former cricketer Nilesh Kulkarni is the director of IISM and he comes up with an innovation. The former Mumbai and India spinner has found a way to pay tribute to India on the occasion of the 66th year of the induction of the national anthem in Constitution.

Kulkarni, widely remembered as the bowler who picked a wicket from his first ball, has come up with a unique concept. Remember Mile Sur? On similar lines, Kulkarni has come up with an idea that will see legends like Sachin Tendulkar, Sania Mirza, Dhanraj Pillay, Bhaichung Bhutia and many more singing the national anthem in a 56-second video.

A report from DNA quotes Kulkarni, “It will be the first time that the sporting legends will come together and sing the national anthem. It is not just another video but is very attractively directed by Abhijit Phanse.”  Read more: When VVS Laxman called Sachin Tendulkar, ‘an elephant’!

Kulkarni feel that the video which is set to release on January 24 will serve as a great inspiration to the youth dominated nation.

“There are a lot youngsters who are stuck playing video games at home and don’t venture out to play. It leads to youngsters getting affected by new age diseases like obesity and diabetes. We want them to come out and play and learn whatever sport teaches us. This video will be an inspiration to them,” he added.

Kulkarni says there is some sort of a surprise element to the video and revealed the tagline, “apne desh ke pairon ko apne desh ki mitti par rahne do (Let our feet stay forever in our countries soil).” 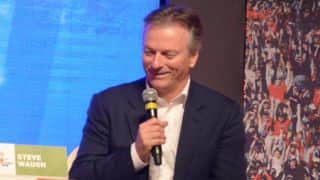 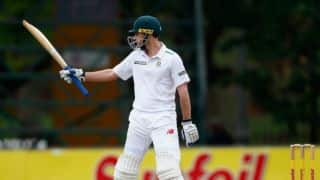