Gayle, who has been in the news of late for his Indian Premier League (IPL) exploits and recently released autobiography ‘Six Machine’, has hit the headlines once again.

Star batsman Chris Gayle, who has been in the news of late for his Indian Premier League (IPL) exploits and recently released autobiography ‘Six Machine’, has hit the headlines once again. The big Jamaican is now in the news for equating himself with football superstars Cristiano Ronaldo and Zlatan Ibrahimovic in the book.

The record-man Gayle, who holds a number of records including most sixes in T20Is in his name, self-admittedly does not go after chasing the records and they come naturally to him; much like Ibrahimovic. “If Zlatan were a cricketer, it’s the sort of thing he would be trying. Except the whole point about these sort of crazy deeds is that there’s no trying involved – it just comes naturally. It’s your personality coming through in what you do. I don’t hunt these records. It might work for other people, but it would never work for me,” Gayle said in his autobiography. ALSO READ: Chris Gayle aims to sign with Manchester United FC.

Gayle also said that it is confidence that helps a player go about his job efficiently, as reported by Indian Express. “Confidence comes from hard work and dedication. There’s Zlatan, and then there’s Ronaldo. He believes he is the best, even when people doubt him or favour Leo Messi for the big awards. It doesn’t stop him. Within himself he knows he’s the best, and he always keeps driving. He doesn’t care what they say about him. He works hard. And I fit into his style too,” his autobiography revealed. 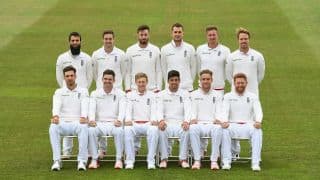