Here are some intriguing statistical highlights from 4th match of Super 10 stage of ICC World T20 2016 between Sri Lanka and Afghanistan.

The fourth match of Super 10 stage of ICC World T20 2016 was played between defending champions Sri Lanka and Afghanistan at Eden Gardens of Kolkata. Batting first, Afghanistan did not start well as they lost four wickets at the score of just 51 in 11 overs. Further, skipper Asghar Stanikzai and Samiullah Shenwari put up a decent partnership, managing to get their score to a decent total of 153 runs with the loss of seven wickets. Sri Lanka started quite quite good themselves only to falter a bit in the middle overs losing couple of quick wickets but it was opener Tillakaratne Dilshan’s knock of 56-ball 83 that guided them to victory. Dilshan ended the match with a boundary and provided a much crucial victory for Sri Lanka. With this match, few records were broken and set and once again Abhishek Kumar is back with his stats bag present out some interesting statistical highlights from the match.

1.  This was the first ever T20I played between Sri Lanka and Afghanistan.

2.  This was Asghar Stanikzai’s third half-century as captain in T20Is, which is joint most from associate captains after Collins Obuya and William Porterfield.

3.  Stanikzai’s 62 is the fourth-highest individual score among players from associate nations in World T20.

4.  Afghanistan scored 106 in their last 10 overs of batting, which is more than double they made in their first 10 overs.

5.  Afghanistan’s total of 153 is the second highest by any associate members against top eight teams of T20Is after Netherlands’ 163 against England in 2009.

6.  Dilshan scored 83 unbeaten against Afghanistan. This was his fifth score of 75 or above in T20Is. Mahela Jayawardene has six and Chris Gayle has eight 75 or more in T20Is.

7.  This was Dilshan’s fourth Man of the match (MOM) awards in World T20. Along with him, AB de Villiers and Shahid Afridi also have four MOM awards, while Gayle, Jayawardene and Shane Watson have five each.

8.  This was also Dilshan’s sixth MOM award in T20Is. This makes him the joint most MOM award recipient after Sanath Jayasuriya and Jayawardene with same number of MOM awards.

9.  Nuwan Kulasekara’s spell of 4-0-43-1 is the second most expensive spell of four overs by a Sri Lankan bowler against an associate side in T20Is.

10.  Partnership of 61 runs between Stanikzai and Samiullah Shenwari is second best partnership for fifth wicket by an Afghanistan pair in a World T20 game. 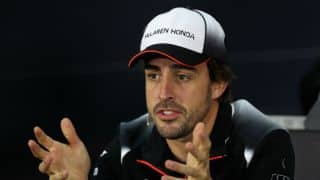