Trent Boult to become a father!

Trent Boult to become a father!

Trent Boult has excused himself from the T20I leg of New Zealand's UAE tour in October.

Trent Boult, spearhead of the New Zealand pace attack,  announced on Instagram that he is about to become a father. Boult shared the news on Instagram (“can’t wait to meet the newest member of our family later this year!”) on Sunday, a week after he turned 29 himself, with a photograph of wife Gert Smith and himself. Boult and Smith had got married last August at Clevedon, south of Auckland.

The Black Caps had picked Boult for a full tour of UAE against Pakistan. However, despite agreeing to feature in the Tests and ODIs, Boult had informed the selectors that he will be on “paternity leave” during the T20 Internationals prior to that, according to a report on Newshub (New Zealand). The tour will begin in October.

Can’t wait to meet the newest member of our family later this year!

Boult boasts of 215 Test wickets, the sixth-most in New Zealand history. They are also the fifth-most in history among left-arm fast bowlers, after Wasim Akram (414), Chaminda Vaas (355), Mitchell Johnson (313), and Zaheer Khan (311). 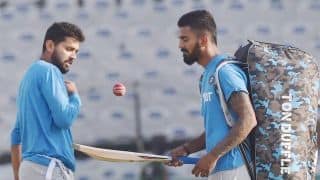 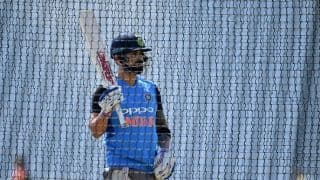