Moeen Ali stunned the cricket fraternity with his brisk century against Sri Lanka in the second Test at Durham. this is Ali’s second test ton and came at a much needed time as England were five men down for the score of 227. Ali kept hitting odd boundaries and didn’t let the Sri Lankan attack to settle down. Ali’s knock steered England to a commanding position as they will now look to dominate and win the Test. READ MORE: Virender Sehwag trolls Shoaib Akhtar once again; mocks his ‘Dream Team’

England at the end of 124 overs were well placed at 464 for the loss of eight wickets with Ali still at the crease batting on 134 from just 171 deliveries. Ali has been widely reckoned as a potent all-rounder and he certainly proved it why he can be one of the best. Twitterati hailed Ali for his terrific outing as Ali will eye to make the most of it and pile some more runs. Take a look at some of the best tweets here:

looks like MoeenAli is having some fun out there #ENGvSL

SL will regret their missed chances! Moeen Ali has had 3 lifes! However that takes nothing away from the super innings he has played. — Roshan Abeysinghe (@RoshanCricket) May 28, 2016

MoeenAli gets to his second Test hundred with a courageous four over mid-off. Lovely stuff.

MoeenAli is the only English left hander who plays like one in the sense that he has shots around the park and is great to watch — Smith Markinson(@SmithMarkinson) May 28, 2016

And I said yesterday that I didn’t rate MoeenAli as an international batsman #clueless — Clueless (@martincroom) May 28, 2016

2nd Test century for MoeenAli. Both vsSri Lanka. 3 out of his 4 centuries in International Cricket have come against SL only. #ENGvSL

MoeenAli appears to be having a grand old time right now. Can’t really blame him, I would be too in his place. #ENGvSL — RiathLirael(@Riath84) May 28, 2016 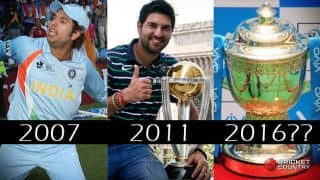 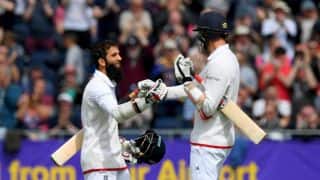