Rameez is amongst the top trend on Twitter and once again not for the good reason.

The ongoing final match of Asia Cup Twenty20 2016 between India and Bangladesh has set abuzz on social media, especially on Twitter. Fans from both the nations have started their war of words and meanwhile there is something very interesting happening.

Former Pakistan cricketer Rameez Raja is currently known for his commentary. He has been one of the most famous commentators across the globe. Rameez is among those bunch of commentators who can be easily seen during every India matches but at the same time, Rameez usually gets trolled for epic one-liners in social zone. Pick of the tweets: Asia Cup 2016 Final, India vs Bangladesh at Mirpur

In the ongoing final match of Asia Cup Twenty20 2016 between India and Bangladesh, Rameez is amongst the top trend on Twitter and once again not for the good reason. We bring you some of the best tweets.

Rameez Raja when he realized that tournament is ending today and he has to go back to Pakistan now pic.twitter.com/gpOOFuVi8A

Rameez Raja – As the cost of dying his hair increases, the quality of his commentary decreases. #BANvIND

More than a bangladeshi fan Rameez Raja Got Excited BC.I want to see india’s victory in his commentary damn it #AsiaCupT20Final #IndvsBan

Ramiz Raja should keep on praising Virat Kohli like his fan so that he is jailed in Pakistan !! #AsiaCupT20Final #IndvsBan

Me: Sir, Ramiz Raja says he can be a good commentator if he tries..

Difference between Ramiz Raja and Arnab is, Arnab make some sense while speaking…!!#IndvsBan

Ramiz Raja must not be allowed to give commentary until he gives his condolences. #RIPkalabhavanmani — Snake Charmer (@sap_era) March 6, 2016

Why Indian people wiered about Ramiz Raja whether he support or not India. We are best we will win guys.

There is absolutely nothing more irritating than commentary of Ramiz Raja and Russel Arnold #AsiaCupT20Final — Yuvraj Jain (@iamyuvi12) March 6, 2016 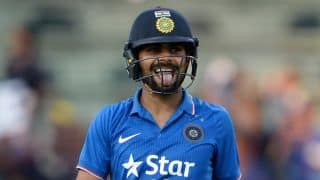 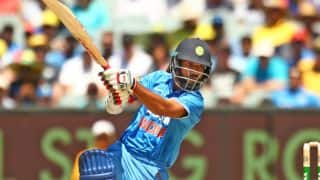