The video is a part of the initiative to encourage children of our country to take-up sports.

They have earned laurels for the country by excelling on the sports field. And now, they have come together on the same platform to make the country proud once again. Yes, we are talking about the Indian sports legends: Cricketers Sachin Tendulkar and Sunil Gavaskar, Tennis stars Sania Mirza and Mahesh Bhupathi, Hockey legend Dhanraj Pillay, Football icon Baichung Bhuti and Olympic medallists; shooter Gagan Narang and wrestler Sushil Kumar, who have recently featured in the national anthem video.

The video “The Sport Heroes”, directed by renowned Marathi filmmaker Abhijit Panse, features the national anthem sung by these eight well-known sports personalities. It was launched by International Institute of Sports Management (IISM), which is founded by former India and Mumbai cricketer Nilesh Kulkarni and his wife Rasika.

Tendulkar also tweeted about his experience of featuring in the video through his official Twitter handle. He wrote: “Honored to be part of @thesportsheroes. Singing the National Anthem has always been special.”

Honored to be part of @thesportsheroes. Singing the National Anthem has always been special. https://t.co/1ILCNyU72s

Recently the album of the video was released in a ceremony featuring Tendulkar and Pillay. The master blaster shared on the occasion that singing the national anthem in front of a packed Wankhede Stadium before the 2011 World Cup final is the “proudest feeling” he has ever had in his life. He also fondly recalled the memory of singing it during the match against Pakistan in 2003 World Cup (in Centurion) with 60,000 other people inside the stadium and singing alongside.

The video is a part of the initiative to encourage children of our country to take-up sports. The initiative is being undertaken by Kulkarni under the aegis of IISM to raise awareness regarding sports in our country and create future sportspersons. 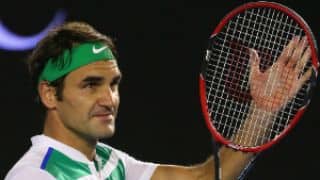