Kohli looked good as soon as he walked out to bat and got the ball rolling from the outset at Melbourne.

Virat Kohli has been a sensation to watch in international cricket since his inception, his unblemished technique and elegant stroke play has earned him accolades across the globe. In the ongoing third One-Day International (ODI) clash against Australia at Melbourne, Kohli plundered his 24th ODI ton and steered India in a commanding position.

Kohli continued his dream form as he also slammed two consecutive fifties in the first two games but didn’t manage to convert it into centuries. Kohli looked good as soon as he walked out to bat and got the ball rolling from the outset at Melbourne. He stroked six boundaries and a maximum to reach his magnificent century in just 105 deliveries at a strike rate of just over 95. Kohli also becomes the fastest batsman to have reached 24 ODI centuries.

India is now in a good position and will look to win this game as it is a do or die situation for them in context to the series. Kohli will try his best to bat throughout the innings as he is well set and can now shift gears. Social media reacted to Kohli’s magnificent outing with the bat. Check out the pick of the tweets here:

Make that twice! This is the second time Kohli has danced down and dispatched it over long-on! #IndvsAus — Nishad Pai Vaidya (@nishad_45) January 17, 2016

Now South Africa is the only country where Kohli hasn’t scored a century against the home team. (Also Pak, never played there so far). — Bharath Seervi (@SeerviBharath) January 17, 2016

The MCG roars to a @imVkohli century. His first ODI ton at this venue #AUSvIND pic.twitter.com/nH3TRCdV5s — BCCI (@BCCI) January 17, 2016 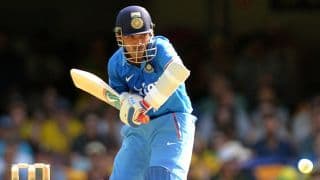 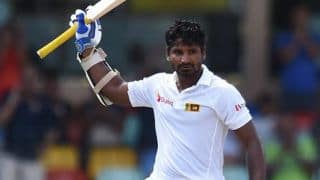