With only three days left for the series, Dhoni and his men are off to Harare.

Team India will be playing their next One-Day Internationals (ODI) and Twenty20 Internationals’ (T20I) series against Zimbabwe in a couple of days’ time. The team is full of new faces with only one big name in the side — MS Dhoni. The skipper will be leading the side with virtually no big name in the team. There are few players who have played a bit with Indian cricket team but still five out of 16 selected players in the squad will be representing the side for the first time in their life.

The series will starts from June 11, 2016 and there will be three ODIs and three T20Is played between these two sides. With only three days left for the series, Dhoni and his men are off to Harare. 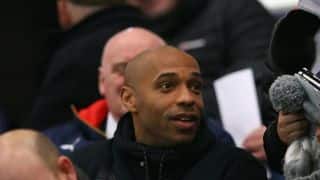