Irfan and Uthappa are so close that both had to discuss their marriage dates so that they do not clash.

Indian cricketer Robin Uthappa and Irfan Pathan are known to be good friends. They played together for Indian Cricket Team many times. Irfan and Uthappa are so close that both had to discuss their marriage dates so that they do not clash. Also, Irfan played the role of one of Uthappa’s groomsmen at his marriage.

There is a very interesting story on both these cricketers, which was revealed by Uthappa in Vikram Sathaye’s show — What the Duck. The conversation began when Sathaye said that his favourite buddy he believes is Irfan and to the extent that both planned their marriage within a week’s time. Uthappa laughed and replied him by saying, “The discussion was, okay, hey, I’m getting married now. So, he’s like, yes. But even I am planning to get married. I said, listen you are one of the best men in the marriage, so please don’t get married at the same time. So, I need you to be here and I’ll be there as well. So, make sure we plan it correctly. And then we discussed it and he pushed the dates a little ahead because I had decided my date and I told him that, you know, this is the date that I’m getting married, so he pushed it a little ahead.”  In photos: Robin Uthappa gets married to tennis player Sheetal Gautam

Sathaye then asked Uthappa to share some funny incident between both these cricketers to which Uthappa replied that there are way too many and there are some which may make their wives uncomfortable. The 30-year-old Karnataka batsman then talked about one of the first incidents between both of them when he was new to the Indian cricket team and said, “We were playing Asia Cup in Pakistan in 2008. And Yusuf was also there and Irfan used to bug me. I think I was sitting out in that game and we were batting and he was just bugging me. So, every time I went close to food he’d bug me. And he’d keep teasing me how I was overweight and keep bugging me, picking on me. And that one day, I lost he plot. And I abused him. He just looked at me like with a stone cold look. He looked at me like at. And then he shut down. He didn’t talk to me. So, I was also upset. I said, chuck it. I don’t want to talk to him.” Also Read: Yuvraj Singh responds about his annoyance towards media

Uthappa tried to strike conversation and get things sorted out for next three-four days but Irfan did not give him any reply and one day both met in the lift and suddenly a typical husband-wife type fight began. “I met him in the lift. I said, and this time I was like, okay, I’m not gonna go in and talk to him. Give in and all that. So, I bumped into him in the lift. And sure enough, I said, morning. I didn’t even say bro or anything. I just said morning. And then he did not say anything. And I was like, I just kept quiet and the lift was going down to the gym, I turned and said, what is your problem? Like, what is your problem in life? And then he burst out laughing. I said, what are you laughing about? He’s like I’m just pulling your leg.”

Uthappa then shouted and said, “For four days? Who does that crap? For four days you pull my leg?” 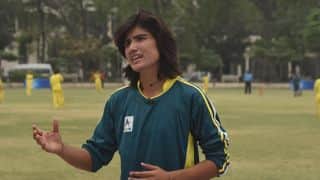