Wadekar had led India to their first wins in West Indies and England. During his stint as manager India didn't lose a single home series. He also became Chairman of Selectors.

Ajit Wadekar was fast asleep when they hit the winning run at The Oval. He had to be shaken up by his teammates into consciousness. It was the greatest day of my life, Wadekar would later reminisce in his autobiography. For most it would have been an obvious outburst. For the poker-faced titan of Indian cricket, the man who taught them to win overseas, it was a statement like none other.

Wadekar was one of the overnight batsmen from last evening. Chasing 173, India were 76 for 2 at stumps. He was run out for 45, without adding a single run that morning, and walked off nonchalantly.

Brian Johnston was waiting for him outside the boundary line for a brief byte from the exiting Wadekar. Wadekar responded to everything with no English en route the dressing-room, leaving an exasperated Johnston behind: Ajit, you have been talking to me throughout this tour in English…

Wadekar disappeared with a final only Hindi . The sense of humour was intact even as India were under pressure. He knew he could do little from the pavilion.

And, as Alex Bannister would later write in The Daily Mail, Like Montgomery before Alamein, he had laid his plans in advance and retired to confident sleep.

Wadekar led India to their first series win on English soil. Since Independence, India had toured England thrice before that: they were blown away 0-3 in 1952 (The Oval Test was washed out after India were bowled out for 98 after England declared on 326 for 6) and whitewashed 0-5 in 1959 and 0-3 in 1967.

In other words, from 12 matches India had lost 11 and got away in the other. Wadekar turned things around to a win. This was the same side that had regained The Ashes the previous winter, on Australian soil; India would win against England, again, in 1972-73 this time at home.

Before that, of course, he had led India to their first Test let alone series win against West Indies, home or away.

India had bowled West Indies out for 217 after scoring 387. Wadekar informed Garry Sobers that he had enforced the follow-on. A confused Sobers had to confirm from umpire Douglas Sang Hue that 150 was the follow-on cut-off in four-day matches.

It was the first time India had inflicted the follow-on on West Indies. They won the next Test, where, on the final day, Wadekar brought on Salim Durani ahead of Bedi, Prasanna, and Venkat. Durani bowled Sobers with a quick delivery. For Clive Lloyd, a man prone to turning the ball in the air past mid-wicket, Wadekar placed himself one of the finest close-in fielders of the era at short mid-wicket. He took a spectacular catch off his fingertips.

India then added 74 for the first wicket before slumping to 84 for 3 in pursuit of 124. Wadekar promoted Abid Ali, arguably the fastest runner of the side, ahead of himself. With debutant Sunil Gavaskar also as swift between wickets, the match was sealed.

There is another anecdote from the series that is worth a retell. Sobers had developed a superstition of visiting the Indian dressing-room to touch Gavaskar s shoulder before taking field every day. It apparently brought luck to him. Sobers really believed in it, especially after missing out on his ritual before the first innings at Georgetown (he got 4) and not missing out in the second innings (108 not out).

By the time the teams met for the fifth Test, at Port-of-Spain, Wadekar had got to know of this. India had been asked to follow-on, but Gavaskar bailed them out with 124 and 220. West Indies were set 262. Obviously Sobers needed his luck, but Wadekar had hidden Gavaskar in the dressing-room toilet anticipating the visit.

There were other aspects as well. He made sure the team was in a lively mood throughout. There were pranks all out (he led there as well, and never minded being at the receiving end).

Then there was sledging. He urged every man to sledge, whether in West Indies or England. To the ones who told him that they were not proficient in English, he asked them to go ahead and sledge in their preferred language. If you couldn t get the words, fine, make sure it sounded like sledging

Indeed, he embraced cricket the way it was, and was a man who lived in the present. He was an astute strategist, a natural leader, and a father figure (as Anil Kumble tweeted) to the young generation.

He backed T20 cricket and the glamour and money that came with it in stark contrast with several yesteryear cricketers; and advocated for DRS very strongly.

But how did Indian cricket treat this man?

India suffered humiliating whitewash on English soil in 1974, the same tour where Wadekar led India in their first ODI. They were shot out for 42 at Lord s, still their lowest Test score. Sudhir Naik was accused of shoplifting. The Indian High Commission denied them entry.

There have been whitewashes in Indian history, but no one was treated as harshly as Wadekar was. He was dropped (not merely sacked as captain) from the side. He was dropped even from the West Zone Duleep Trophy side. He retired from all First-Class cricket.

Wadekar was replaced by Mansur Ali Khan (no longer the Nawab of Pataudi), the man he had replaced as Indian captain before the twin tours of West Indies and England. Immediately after being sacked, the senior man had announced his unavailability for the tours.

That was precisely how BCCI had treated the man who had taught the Indian cricket team to win overseas and had led them to wins in his only three series as captain before the 1974 tour.

What about Wadekar the batsman? He scored 2,113 runs in 37 Tests, and was the first Indian left-hander to go past the 2,000-run mark. Even today only Sourav Ganguly, Gautam Gambhir, and Shikhar Dhawan have surpassed his tally.

His only Test hundred (143) came at Wellington, in 1968-69. It was the only fifty of the innings, and New Zealand did not cross fifty in either innings, both of which indicate how good the innings was.

Wadekar was also a colossus of Ranji Trophy. His 4,388 runs at 59.29 in the tournament came in an era when the stars played the tournament. He was a mainstay of the Bombay Ranji side (as captain towards his final years) that lifted the trophy for 15 consecutive seasons.

In the 1966-67 semi-final Wadekar had single-handedly thrashed Mysore out of the tournament with 323, smashing Prasanna and Chandra into pulp. Seven seasons later he slipped while taking a run, also in a semi-final against the same opposition, then renamed Karnataka; his run out triggered a collapse that ended Bombay s run.

Indeed, Wadekar was everywhere, throughout India s highs and lows. Under Mohammad Azharuddin as captain and Wadekar as manager, India inflicted their first whitewash on England (1992-93); a couple of months later they won their first series in Sri Lanka.

India never lost a home series during his tenure. Unfortunately, just like his stint as captain, this one, too, ended in a whimper, shortly after India were humiliated by Sri Lanka in the 1996 World Cup semi-final.

In 1998-99 Wadekar was appointed Chairman of the National Selection Committee. He became only the second Indian (Lala Amarnath was the first) to assume roles of captain, coach/manager, and Chairman of Selectors though it was little compensation of how BCCI had axed him.

Despite all that, however, his legacy will live on as the man who taught India to win overseas. 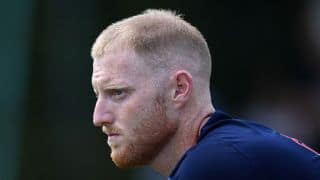