The Nawab of Najafgarh's nimble footwork and an extremely impeccable hand-eye coordination were the standout features of his batting artistry.

For the most part of his career, Virender Sehwag was known as a limited-overs specialist who can take the game away from the opposition in a matter of few overs. But a few would also disagree to the fact that Sehwag was an equally big-threat and a nightmare for the bowlers in Test cricket as well. Like most of his career, Sehwag continued to demolish reputations and care very little about the outside chatter which was often related to how he should change his game as per the match situation. Despite playing in the company of some of the biggest names of the sport – Sachin Tendulkar, Rahul Dravid, Sourav Ganguly – Sehwag carved his own path, identity and of course a separate fan base.

The Nawab of Najafgarh’s nimble footwork and an extremely impeccable hand-eye coordination were the two traits which highlighted Sehwag’s belligerence with the bat. His impact at the top of the order for India remains unparalleled. Sehwag always credited former India skipper Ganguly for turning his career around by asking him to open the batting for India.

“Sehwag was the biggest match-winner in that generation. I had my own belief. I told him to listen ‘Nobody comes with a batting position. It’s how you adjust’. The best players are made when they come out of their comfort zone,” Ganguly had said during an interview.

Sehwag himself was not sure if he had the game to succeed at the top but Ganguly knew from the moment that the former had the game to revolutionize the art of batsmanship. Result, Sehwag retired with over 7000 runs in Tests as opener at an average of close to 51 with 19 hundreds, 25 fifties and two triple centuries.

Like many others from his generation, Sehwag also idolized Tendulkar while growing up. From Master Blaster’s batting stance to shot-making – Sehwag copied everything from his batting manual. Despite their physical similarities and comparisons with the legend, Sehwag emerged as the trailblazer of modern-day batting and redefined it with his uncomplicated approach – ‘see the ball, hit the ball’.

Sehwag was never a flat-track bully, he was hardly bothered about the conditions or the weight of the opposition. Be it a fiery strip of Bloemfontein, the challenging MCG surface or the flat-bed at Holkar – Sehwag’s fury remained the same. On his Test debut against South Africa, Sehwag gave the world a glimpse of his skill when he matched Tendulkar stroke for stroke as he slammed a blazing hundred. The way he tackled the likes of Shaun Pollock, Makhaya Ntini and Jacques Kallis was daring and pure artistry.

One needs to have a heart-like Sehwag to emulate what he did on the first day of the Boxing day Test in Melbourne against the tough Australian attack. In just two sessions, he raced away to 195 in 233 balls including 25 boundaries and five sixes. Even the hostile Australian crowd applauded his achievement.

However, the history was waiting to be written in Multan, when Sehwag smashed a triple-hundred against arch-rivals Pakistan, a feat none of the Indian batsmen had so far achieved. What’s more fascinating was the manner in which he achieved the landmark – bringing it up with a six over long-on.

Very soon he came into his own, and his ‘idol’ Tendulkar started playing the supporting, and somewhat calming role in the middle. Sehwag wasn’t afraid to take anyone on, and he would score at a pace where he would set the match up for the bowlers. A treat to watch against pacers, Sehwag was equally devastating against spin, using his feet, sweeping, reverse-sweeping.

And the sight of a spinner brings the savage out of him. Sehwag had carried out numerous spectacular assaults against the world’s leading spinners, there have numerous outrageous dismissals against the not-so-reputed ones.

In the Chennai Test against South Africa in 2008, Sehwag blasted the fastest triple-hundred of Test history off just 278 deliveries. His innings of 319 was a slap in his critic’s face who termed his first triple-century a fluke. He smashed 42 boundaries and five huge sixes at a strike rate of 104.93 during his memorable knock. SA coach Mickey Arthur termed it the ‘best Test innings he has ever seen’.

Sehwag’s batsmanship was a treat for every cricket lover, from showing his range in limited-overs cricket to orchestrating some of India’s famous triumphs in red-ball format, he contributed handsomely. The world may talk about the likes of Viv Richards, Adam Gilchrist or Chris Gayle but the legacy of Sehwag remains one of the most beautiful and dominant chapters in Indian cricket’s history. 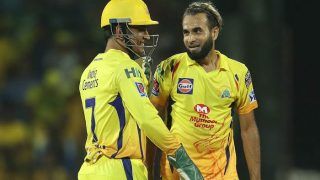