The Argentine forward expressed his happiness on his Facebook page.

Argentine star Lionel Messi said the national team was just “one small step away” from becoming the champions of the FIFA World Cup 2014. Messi also dedicated the team’s 4-2 penalty shootout win over the Netherlands in Wednesday’s semi-final match to sports journalist Jorge “Topo” Lopez, who died in an accident on the day of the game, reports Xinhua.

“I’m very proud to be a part of this team!!! You’re all phenomenal, what a game you played, how crazy!!! We made it to the final!! Let’s enjoy it … We’re one small step away …,” the forward posted on his Facebook page. “A very special recollection for Jorge ‘Topo’ Lopez, this victory is also especially for you, my friend,” said Messi.

Lopez, 38, died early on Wednesday in Sao Paulo when the taxi he was riding in on the way to his hotel was hit by a car driven by thieves fleeing the police. Lopez, who was covering the World Cup for Argentine sports daily Ole and La Red radio, was somewhat close to Messi, having travelled with the Barcelona player to Spain on various occasions as part of his work.

Argentina defeated Holland in a penalty shootout following an evenly-matched game, at Sao Paulo’s Corinthians Arena, that ended in a 0-0 tie in extra time. Argentina take on Germany at Rio’s Maracana Stadium for the championship title. 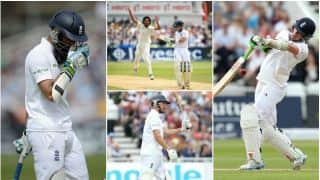