The Netherlands coach said FIFA hasn't been the wisest in scheduling of matches, at least.

Netherlands coach Louis van Gaal criticised FIFA for some refereeing and organisational issues regarding the FIFA World Cup 2014. “FIFA, with its great wisdom, decided to hold a press conference before training which is not very smart,” van Gaal said.

Traditionally, players who play the match participate in the pre-match conference but van Gaal appeared with injured Bruno Martins Indi who will not play the match. “The players have to concentrate. Bruno is injured so he is with me here,” van Gaal said.

“I don’t think this will affect Brazil who will perform their sporting duty. This is Fair Play, as FIFA says.” Regarding refereeing in the tournament and the designation of Gambian referee Bakary Gassama for the game, van Gaal said: “I won’t give my opinion on the referee. I assume FIFA selects excellent referees” adding that his team won two games against Spain and Australia despite that it conceded two incorrect penalties.

Netherlands face Chile at the Arena de São Paulo on Monday with both teams aiming to top Group B after both were guaranteed qualification to the second round. 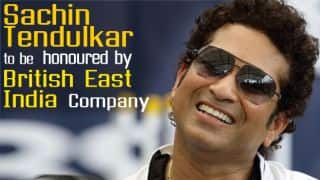 Sachin Tendulkar to be honoured by British East Indian Company with gold coins worth 12,000 pounds 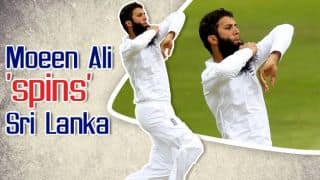