The Dutch striker may miss the game due to a stomach problem.

The Netherlands could be without their captain and star striker Robin van Persie in Wednesday’s semifinal clash against Argentina due to a stomach problem. “He has a stomach problem, an intestinal problem. I don’t know,” the Dutch coach Louis Van Gaal said in a pre-match news conference here Tuesday, reports Xinhua.

“I will decide (on whether he will play). Van Persie is our captain so he is very important to us. In principle, my captain always plays, but he has to be fit.” The 30-year-old Manchester United forward has been instrumental in the World Cup campaign of “The Oranje” so far in Brazil, scoring three goals to pace the Netherlands with a perfect record in the group stage.

Although a doubtful Van Persie could be a major blow for Van Gaal’s side, there is also good news for injury doubts Ron Vlaar and Leroy Fer both resumed training and the defensive midfielder Nigel de Jong, who has been expected to be out for two to four weeks missing the remainder of the World Cup, could also be ready to play.

“If his reaction is good and he can play, then the miracle can come true,” Van Gaal said. The AC Milan midfielder tore his groin muscle nine minutes into the 2-1 round of 16 victory against Mexico in Fortaleza. Meanwhile, Argentina have been boosted by the return to fitness of Sergio Aguero but the Albiceleste are still supposed to be without their winger Angel di Maria. 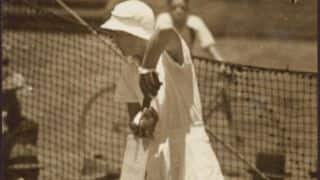 Betty Snowball: one of the earliest female cricket superstars