Switzerland’s German coach Ottmar Hitzfeld said Argentina captain Lionel Messi can “change a game in a second” but added that his team was a tough opponent for ‘La Albiceleste’. Argentina beat Switzerland 1-0 with Angel di Maria scoring an extra-time goal from a Messi assist in the FIFA World Cup 2014 Round of 16 clash to proceed to the quarter-finals where they will take on Belgium.

“It was a tough game but we made life difficult for them. They managed to stay calm. Argentina has a good team. The team delivered a good performance, tactically mature and calm in critical situations,” said Hitzfeld, also praising his goalkeeper Diego Benaglio, who made many crucial saves, reported reports EFE.

The German tactician added that Argentina is not only about Messi. They have other good players like Ezequiel Lavezzi, Javier Mascherano and di Maria. 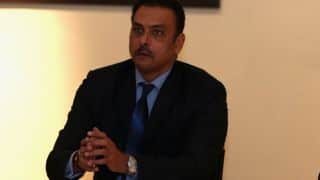