JP Duminy s decision to field was vindicated by South Africa s bowlers, each of whom made an impression to bowl out Zimbabwe for 117 in 34.1 overs.

Pace was the dominant force for South Africa as they beat Zimbabwe by five wickets in the first ODI at Kimberley on Sunday, with the trio of Lungi Ngidi, Kagiso Rabada and Andile Phehlukwayo combining to set the stage for a low-scorer series opener.

JP Duminy s decision to field was vindicated by South Africa s bowlers, each of whom made an impression to bowl out Zimbabwe for 117 in 34.1 overs. Leading the way was Ngidi with 3/19 followed by Rabada (2/34), Phehlukwayo (2/22) and Imran Tahir with 2/23 in his first ODI since February. The medium-pacer Willem Mulder also struck a vital blow with the wicket of Craig Ervine, back in the Zimbabwean side and batting higher up the order at No 3.

Zimbabwe s sorry batting effort saw six batsmen get out for single-digit scores, with Solomon Mire s 0 the lowest score. Skipper Hamilton Masakadza made 25 off 52 balls and Elton Chigumbura 27 off 37 down the order, with the middle order totally under-performing as Rabada and Phehlukwayo build on the early blows from Ngidi and Mulder. From 28/2 with the wicket of Ervine, the innings collapsed to 62/6 before Chigumbura was last out in the 35th over.

South Africa s chase was not without incident. Test specialist Dean Elgar, playing his first ODI in three years, made 2 and Reeza Hendricks 5 and when Aiden Markram fell for 27 to become Tendai Chatara s second wicket to close out the tenth over, South Africa were 40/3. The debutant Christiaan Jonker went next for 6 to give another debutant, Brandon Bavuta, his first wicket in ODIs. 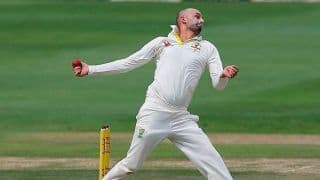 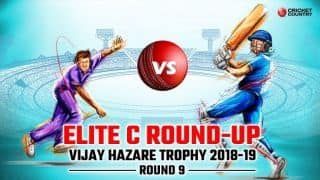