Mandhana bettered her record of fastest fifty by an Indian en route to a 58-run knock off 34 balls.

Wellington: The repeated failure of India’s middle-order to up the game when it matters has convinced Indian women’s vice-captain Smriti Mandhana that she has to “practically bat for 18 to 20 overs” for the team to stay in hunt during stiff chases.

Mandhana smashed a 58-run knock off 34 balls but the Indian women’s cricket team failed to make it count as they were dismissed for 136 all out while chasing a target of 160 against New Zealand women, also called the White Ferns.

“My wicket along with Jemimah’s [Jemimah Rodrigues] turned out to be crucial. If you get out back-to-back in T20, it proves costly. When you are chasing 160 and the run-rate is above 7 or 8, next time we have to plan and play better. It didn’t work out today,” Mandhana said after the match.

“Practically, I would say I have to bat till 20 overs, that is the best option. The more I bat till 18 overs, we won’t collapse because if the top three or 4 batters can bat till the 18-20th overs then rest can revolve around them, so tactically that is what I will try to do,” Mandhana said but it was also an indication that the current middle-order lacks finisher. (ALSO READ: Mithali may retire from T20 Internationals after home series against England)

Mandhana bettered her record of fastest fifty by an Indian en route to a 58-run knock off 34 balls. Asked if it was her best, she responded: “You never know what your best is. I can’t limit myself to a 60 and say it is my best. If I can chase my total and if I win matches for India, then only it would be my best.”

Mandhana said though they conceded a few runs in the end, the team should have been able to chase the target.

“We almost got our run-rate under 7, which was great but definitely we gave away 10-15 runs extra in the end while bowling. We had got Suzie Bates and Sophie Devine and we don’t want the middle order to score but the wicket was good and batsmen should have chased the target,” she said.

“The way we played the ODI series, even today we were cruising till 12th over but in T20 there is always a collapse. So next time we have to keep that in mind as a batting unit. (ALSO READ: Mithali eyeing direct qualification for ICC World Cup 2021)

“You have to select the areas. Today when we had got the run-rate under 7, I know it was a bad shot to play, because I had only got a boundary, so all these things we will be thinking as a unit.”

Down 0-1 in the three-T20I series, Mandhana said the team will be under pressure. “Being 1-0 down, we will be under the pump, everyone will be aiming to be better than what we were today and win the next two matches for India, that is what were are thinking and not what happened today.”

Wind came into play at the WestPac Stadium and Mandhana said she kept that actor in mind while taking on-field decisions. (ALSO READ: We have got to be aggressive when Indian spinners toss the ball up: Suzie Bates) 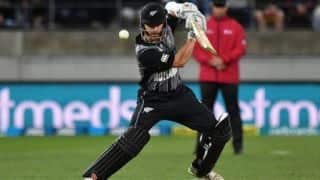 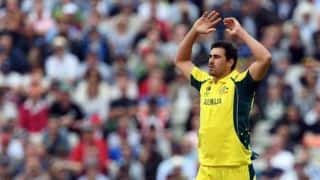