India women can't afford to take South Africa women lightly despite their recent domination over the visitors in T20Is.

India women can’t afford to take South Africa women lightly despite their recent domination over the visitors in Twenty20 Internationals when the two sides face off in the first game of a five-match T20I series in Surat on Tuesday.

In the last five matches between the two sides, India won three while lost one with the other game producing no result. Playing on familiar home conditions, India would definitely have an edge over the visitors but they will be wary as South Africa have shown how dangerous they can be in the second warm-up game played in Surat on Sunday.

After the first warm-up game was washed out, South Africa crushed Board President’s XI by 83 runs in a lop-sided affair. The tourists had put on a challenging 174 for five after opting to bat and then bundled out BPXI for meagre 91 to kick-off their tour on a positive note.

Come Tuesday, the Proteas would be brimming with confidence. They would be depending on opener Lizelle Lee, who scored a quick 65 in the second warm-up game, and Mignon du Preez to take the responsibility of their batting department in the company of skipper Sune Luus.

Harmanpreet Kaur-led India, on the other hand, would heavily rely on opener Smriti Mandhana for a good start, while Veda Krishnamurthy, the skipper herself and Jemimah Rodrigues too would need to be at their best to help India dish out a fine batting effort in the absence of a reliable Mithali Raj, who retired from T20 cricket recently.

The spin department will be spearheaded by legspinner Poonam Yadav alongside the likes of Anuja Patil, allrounder Deepti Sharma and Anuja Patil. 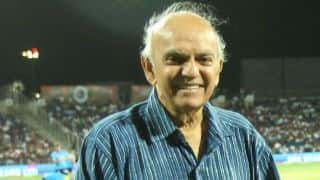