At lunch on Day 2, India were strongly placed at 324/1, with Agarwal recording his maiden Test century. 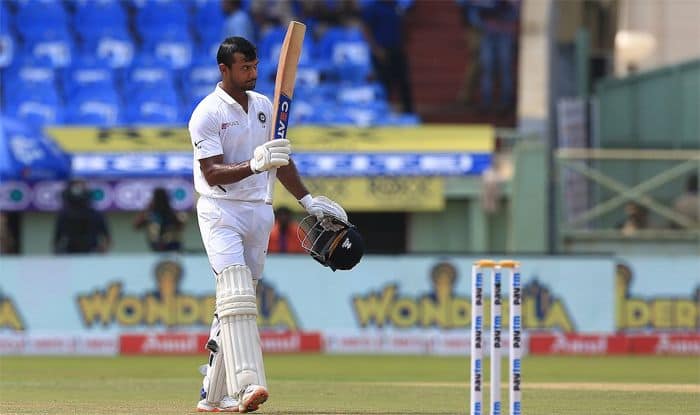 After toiling for 82 overs, South Africa were finally rewarded with a breakthrough, but it wasn’t before Rohit Sharma and Mayank Agarwal had added 317 runs for the opening wicket India‘s second-highest first-wicket stand in Tests. At lunch on Day 2, India were strongly placed at 324/1 in Vizag, with Agarwal recording his maiden Test century.

Rohit’s dream start as a Test opener was set to become even more special. On 166, Rohit helped himself to a six and a boundary, but Maharaj gave the ball flight and got it to grip, and the batsman, trying to go inside out, missed and was stumped. The marathon opening stand had ended, though before that, Rohit and Agarwal had piled agony on a hapless South Africa bowling line-up.

Like Wednesday, South Africa started brilliantly keeping the openers on their toes, but despite applying pressure, could not take advantage of it. Quinton de Kock, standing up to the stumps to Vernon Philander dropped a deflection off Rohit’s bat. Not too long after, a run out change was missed. If that wasn’t enough, the fact that 62 runs were scored in the first hour was an indication of how ordinary they were in the field.

South Africa had no fielders on either side square of the wicket, allowing Rohit and Agarwal to take full toll. Agarwal, deservedly, got to his hundred with a single, and once he did, the openers began toying with the spinners. The rate at which India scored, it more than made up for the period lost on Day 1. Agarwal and Rohit brought out the reverse sweeps and were rewarded with a boundary on almost every occasion.

India scored 122 runs from 29 overs in the session of which 20 overs fetched runs at more than four an over. In a bid to stop Agarwal and Rohit from acceleration, the spinners resorted to bowling outside leg, and that’s when the reverse sweeps came out. Rohit’s 150 and Agarwal’s 100 didn’t take long after the other. Once the second new ball was due, South Africa did not waste much time in taking it and were rewarded with Rohit’s wicket, who left the field, shaking hands with the opposition.

Was a double there for the taking? Absolutely, even more, perhaps. But with nine wickets still in hand, India would be eyeing at least 600. 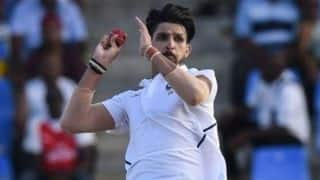 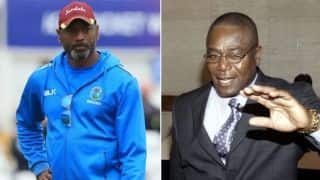