The incident took place at 5 in the evening when two teams were playing cricket in Maloya village.

However, no case has been registered regarding the matter yet, as reported on tribuneindia.com. But the family had initiated inquest proceedings under Section 174 of the CrPc. Earlier in April 2016, a similar incident took place when a 16-year-old boy Mukul from Chndigarh itself had lost his life while playing cricket on the ground. A batsman hit the ball and Mukul, one of the fielders, ran to catch it. The ball went out of the ground and he jumped the railing of the ground to catch it on the road. ALSO READ: Teenager dies on cricket field while attempting catch near Lucknow

As per the reports then, the police said the boy landed on the driver, fell and hit his road, sadly claiming his life. A crane was right behind the boy, however, it stopped after watching the guy fall.

His father then had mentioned, He was hit by the crane; other children playing there told us. The police are trying to shield the driver. The police also manhandled one of the children whom we presented as a witness. Other boys also got scared. The police should do justice and arrest the driver. 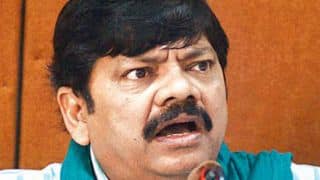