The manner in which New Zealand openers chased down what was never going to be a threatening target highlighted the abject failure of Indian batsmen.

New Zealand thrashed top-ranked India on the third day of the second and final Test in Christchurch by nine wickets for a 2-0 series sweep on Monday. New Zealand sauntered to the target of 132 with openers Tom Latham (52) and Tom Blundell (55) hitting half-centuries.

The manner in which New Zealand openers chased down what was never going to be a threatening target highlighted the abject failure of Indian batsmen who crossed a total in excess of 200 just once across their four completed innings of the Test series.

Resuming on their overnight total of 90/6, India lost Hanuma Vihari after addition of seven runs to their total to Tim Southee (3/36). Rishabh Pant (4) followed him in the next over, outfoxed by Trent Boult (4/28) with an outswinger.

Ravindra Jadeja hit a four and six after being dropped, a rare mistake from an otherwise clinical New Zealand, and remained unbeaten on 16 as India were bowled out for 124.

Latham then struck 10 fours in his 74-ball 52 before falling to Umesh Yadav. Jasprit Bumrah then struck in quick succession with two superb deliveries.

The first, a sharp bouncer that New Zealand captain Kane Williamson (5) failed to avoid with the ball lobbing off his gloves to the gully fielder. Blundell, who reached his half-century with a boundary, received one that came in sharply from off and sneaked through the gates to knock down the off-stump.

The two wickets from Bumrah must have added to India’s frustration as they would have left wondering what if they had another 100 runs to defend. 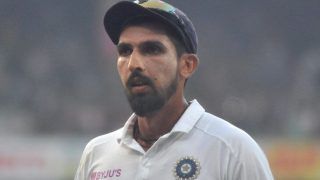 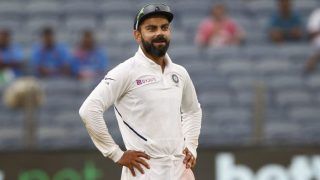