Many players will come and go but the vacuum created by these geniuses (Glenn McGrath, Adam Gilchrist and Steve Waugh) will be difficult to be filled.

The competition between bat and ball was far more intense in the 1990s and 2000s. There were some fantastic batsmen, who had the tough job of facing the most fearsome bowlers. Then there were Australia, a side who had a mix of both. A side that went on to dominate cricket in that era.  Australia were not only a top Test side but also dominated the One-Day cricket circuit. Some of the cricketers they possessed, can walk into many all-time XI sides, so it was never a surprise that this team dominated like no other.

Steve Waugh, Glenn McGrath and Adam Gilchrist are three among the many names who gave oppositions’ sleepless nights. Waugh, the senior most, was the Test captain from 1998 to early 2004. It was under him; Australia lifted the ICC World Cup 1999 and later went on to enjoy a 16-Test unbeaten run. Waugh was not just a remarkable leader but was also one of the finest and grittiest batsmen to play for Australia. He finished with 10,927 runs in Test cricket. In the early part of his career, Waugh was a more than effective medium-pacer and played a crucial role in helping Australia win the World Cup 1997.

Gilchrist was one of his kind and a phenomenon. He redefined the role of a wicketkeeper-batsman. Gilchrist did not change his batting style irrespective of the format, and is regarded as one of the most destructive batsmen to have played the game. His whirlwind hundred in the World Cup 2007 final decided the trophy in Australia’s favour. The southpaw was also excellent behind the stumps. Be it the seam movement of McGrath, pace of Brett Lee or the massive spin of Shane Warne, he kept them all with fine dexterity.

McGrath is one of the greatest pacers the game has seen. Nicknamed ‘Pigeon’ for his wiry frame, McGrath was one of the chief reasons for Australia’s dominance at the top. He was tough to score off and could move the ball both ways, which made him a genuine wicket-taker. McGrath remains Test cricket’s most successful pacer with 563 wickets to his name. And quite astoundingly, they have come at an impressive 21.64. McGrath has the best bowling average among the top 10 wicket-takers in Test cricket. Mind you, the list has names like Muttiah Muralitharan, Warne, Richard Hadlee and Shaun Pollock.

The trio of Waugh, Gilchrist and McGrath have been a part of many successful dressing rooms. Year post their playing days, when they pose together for a picture, it is bound to bring back memories. That is what this picture does. Gilchrist caught up with his old buddies recently and posted the picture from his Instagram account.

The blokes you run into! #mates

Australia are still a good side. They won the World Cup 2015 and till recently were at the top of Test rankings. Many players will come and go but the vacuum created by these geniuses will be difficult to be filled. 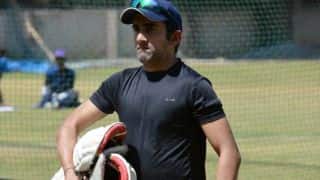 Gautam Gambhir: New Zealand have always been a very gritty side 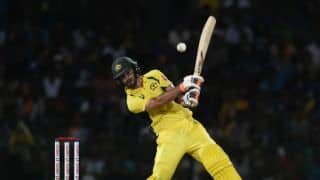