England took an unassailable 2-0 lead against Sri Lanka in the ongoing five-match series as they won a rain-curtailed third ODI by seven wickets at the Pallekele International Cricket Stadium on Wednesday.

After a lengthy delay in the toss due to persistent rain, the match was reduced to 21 overs per side and England made 153/7 in18.3 overs in reply to Sri Lanka’s 150/9.

England lost opener Jonny Bairstow (4) and Joe Root (8) inside four overs but an attacking 41 off 26 from Jason Roy and Morgan’s assured 58 not out off 49 guided them home. Both Bairstow and Root fell to Amila Aponso but Roy was in excellent touch, opening his account with a flicked six.

He hit three fours and two sixes before being pinned in front by Akila Dananjaya in the ninth over. That brought Morgan and allrounder Ben Stokes (35*) together and the stand remained unbroken with the pair adding 73 runs for the fourth wicket.

Morgan struck seven fours while Stokes hit a four and two sixes the second of which sealed the comfortable win.

Sri Lanka were off to a bright start, sprinting to 55/0 in five overs. Olly Stone, who impressed in the second ODI, was hammered for 17 runs in his first over.

Niroshan Dickwella struck eight fours in his 20-ball 36 before becoming Tom Curran’s first victim of the innings. Legspinner Adil Rashid then got rid of Kusal Mendis for a first-ball duck off his second delivery of the match.

Sadeera Samarawickrama (35) and captain Dinesh Chandimal (34) tried stabilising the innings after the quick blows but Rashid (4/36) and Curran (3/17) didn’t allow the hosts a freehand. 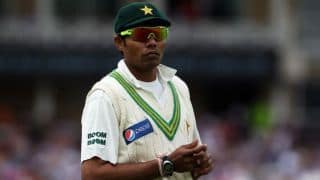 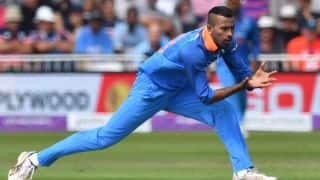