Rain delayed the scheduled toss in the third Ashes Test between England and Australia at Headingley on Thursday.

Rain delayed the scheduled 10:30 am (0930 GMT) toss in the third Ashes Test between England and Australia at Headingley on Thursday. Light rain from grey skies saw both the pitch and square remain covered for what was the first Ashes Test at Yorkshire’s headquarters for a decade.

Australia lead the five-match series 1-0 after they held out for a draw in the second Test at Lord’s following their 251-run win in the first Test at Edgbaston.

With star batsman Steve Smith ruled out with a concussion suffered when hit on the neck by a 92 mph Jofra Archer bouncer at Lord’s, Marnus Labuschagne — cricket’s inaugural concussion substitute when replacing Smith at Lord’s — came into the side.

Smith was a huge loss to Australia having made scores of 144, 142 and 92 already this series.

Meanwhile Australia media reports suggested both opener Cameron Bancroft, who has made just 34 runs in four innings this series and paceman Peter Siddle could be replaced by Marcus Harris and James Pattinson respectively.

England had a doubt over Jason Roy after the opener suffered a suspected concussion in the nets on Tuesday, with Ollie Pope — fresh from an innings of 221 for Surrey against Hampshire — summoned as cover for his county colleague. 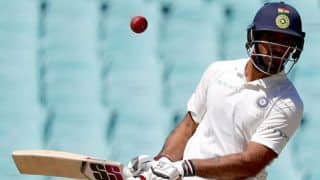 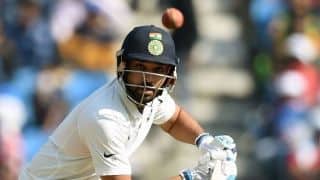