West Indies beat Pakistan by 5 wickets in the 3rd and final Test at Sharjah.

And the news from the middle is: West Indies beat Pakistan by 5 wickets in the third and final Test at Sharjah their first away victory since 2012 (against Bangladesh). However, if you exclude this one, the last time they edged past one of the top teams away from home was in 2007 South Africa at Port Elizabeth. We may go on and on with facts and numbers, but it is their stellar performance against the No. 2 in the ICC Test Rankings we must applaud now more than ever. They punched well above their weight. They played out of their skins. And it evidences the fact that they are still serious about Test cricket. LIVE CRICKET SCORECARD: Pakistan vs West Indies, 3rd Test at Sharjah

Amidst the historic win, the man who stood strong was the talismanic opener Kraigg Brathwaite, scoring an unbeaten 142 in the first innings, becoming the sixth West Indian to achieve this feet. In addition, he scored a characteristic 60 in the second innings, helping West Indies end the UAE tour on a winning note. For that matter, not only did he play resounding innings but stitched four 50-plus partnerships. Such was the character he exhibited in this match! And for apparent reasons, he was adjudged Man of the Match.

It was a historic contest for Misbah-ul-Haq as well, for he surpassed Imran Khan’s record for captaining Pakistan in most Tests. Though the result of the Test may not have gone his way, he still got the opportunity to lift the trophy, as they won it 2-1.

This was West Indies’ first victory over Pakistan outside the Caribbean after 1990. Moreover, it was their first away victory under Jason Holder’s leadership.

All the same, it was Holder’s stunning five-wicket haul in the second innings that put West Indies in a commanding position. He dismissed the likes of Sami Aslam, Asad Shafiq, Younis Khan, among others. And in the first innings, Pakistan were caught in leg-spinner Devendra Bishoo’s web. His figures read 4 for 77, restricting Pakistan to 281.

Pakistan were later obliterated by Holder and co. and bundle our for a paltry 208, setting up a target of 153.

And it was the Brathwaite show yet again, as the right-hander stayed unbeaten on 60 and added 87 with Shane Dowrich for the sixth wicket, taking West Indies home by 5 wickets.

“This is a special feeling. The way we played this Test is the way we should play going forward. We were positive right from the start. I just told myself I’ll be positive this morning since Kraigg is the anchorman. Test cricket has been my dream growing up. I’d love to continue to perform for West Indies,” said Dowrich after the victory.

Man of Match, Brathwaite, added. “I’ve been playing with Shane since secondary school. The plan was to just keep rotating strike and bring the target down. I think we have a good group of young guys. When we go back to first-class cricket, we’ve to repeat what we’ve done there to be ready for our next Test series in the Caribbean.”

Leg-spinner Yasir Shah was adjudged Man of the Series for taking 21 wickets 26.85.

“We showed character and fight. This has been a long time coming, I’ve had tough Test matches over the last year or so. We’re a young side in transition. We’ve done a lot of things good this series. We just need to keep supporting one another. Yes, we’ll have one or two people coming in and going out, but the longer we stay together as a group, the better it is for West Indies cricket,” said captain Holder at post-match presentation.

Man of the Match: Kraigg Brathwaite

Man of the Series: Yasir Shah 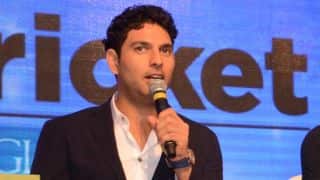