Sohail urged the PCB to first remove those who enjoyed the sway while making appointments for chief selector, captain and head coach.

Former Pakistan batsman Aamer Sohail has criticised the Pakistan Cricket Board (PCB) for its idea of abolishing department cricket teams and confining the domestic first-class structure to six teams. He also urged the PCB to first remove those who enjoyed the sway while making appointments for chief selector, captain and head coach.

According to a report published in the Dawn, Sohail, during his visit to the Dar Hockey Academy on Saturday, said: “The PCB has been considering the policy of a domestic structure based on six (provincial) teams just on one person’s whim. However, it is just rhetoric because the fact is that Pakistan have loads of talent but (with the new structure) you are going to squeeze it, which will not work.”

“First of all, the department teams were formed in the past as per the state policy, not by any government. And to change a state policy, you have to go through the Parliament to discuss it at length,” the 52-year-old added.

“Ideally, the idea of six teams should first have been floated before the general body of the PCB and then before the Board of Governors. In the end it should have been sent to the government. But (unfortunately) all unconstitutional ways are being adopted to undo a state policy on just one person’s whim,” he continued.

The former left-handed opener who played 47 Tests and 156 ODIs further said: “If the PCB disaffiliates the department teams, these organisations will no longer run their sports departments which means they will also close down the teams of other sports because the departments are primarily getting mileage through the game of cricket.”

“Back in 2004, we experimented with a seven-team format in first-class cricket. However, since then gradually the number of outfits have increased, which now stands at 16. It is because of the demand of the game among the masses.”

Aamir also said that instead of abolishing department teams, the system should be made more competitive. 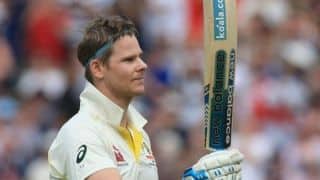