AB de Villiers teammate, Morne Morkel had rubbished the story which claimed he intends to retire from Test cricket at the end of the series against England

AB de Villiers has confirmed that he wants to reduce his workload across all formats of cricket, as opposed to talks about his future featured on a report that he was considering retirement from Test cricket. Recently, Morne Morkel had rubbished the story which claimed de Villiers intending to retire from Test cricket at the end of the England series. De Villiers spoke to The Rapport newspaper saying that he was contemplating to quit as he was unhappy with the South African system. In a pre-play interview in television with Mike Haysman, De Villiers explained his concerns with the hectic cricket schedule and reaffirmed his commitment towards his country but did accept the claims on the newspaper.  ALSO READ: AB de Villiers Test retirement rumour trashed by Morne Morkel

As reported on EspnCricInfo, “There are a lot of rumours flying around I hear, but for the last two to three years the only talk I’ve been doing is to keep myself fresh and to have a bit of rest here and there. It’s always been the most important thing for me to enjoy my cricket. It’s just important to look at the schedule moving forward, that’s the talk in the camp and for me maybe not to play all kinds of cricket.” He did admit that his workload is not just limited to international cricket and is getting stretched, he further added, “If I play all the IPL games the whole season, I do get a bit tired towards the end of the season. That’s the only thing that I’ve been talking about in the last while, to keep myself fresh and to keep enjoying the game. I love representing my country and nothing has changed.”

Being the One-Day International (ODI) captain, de Villiers will find it difficult to miss out of Twenty20 (T20) fixtures with the ICC World T20 2016 coming next March. He is looking to reduce or give up from T20 formats altogether, as that would help him to concentrate on long formats. Since his debut since 2004, de Villiers has played 98 Tests matches straight before skipping the Test series with Bangladesh for the delivery of his first child. The South African cricket board has seen to it that De Villiers receives enough time off and had also left him off from the bilateral series, such as the one to Australia in November, but they have also added duties on him equally. ALSO READ: AB de Villiers named ICC ODI Cricketer of the Year

The Rapport also suggested it was a combination of exhaustion and irritation with the South African cricket’s internal policies and also De Villiers was miffed that he was not selected for the World Cup semi-finals, which saw Vernon Philander picked ahead of Kyle Abbott. Similarly, Greame Smith was unhappy with the selectors as well but he denied the reasons and gave family priority for premature retirement. The Rapport has also mentioned the retirement of Dale Steyn and Philander after the England series. 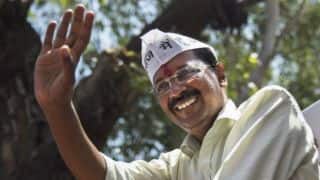