Experienced Pakistan all-rounders Abdul Razzaq and Shoaib Malik were on Tuesday, recalled for the two T20 internationals against South Africa in Dubai. 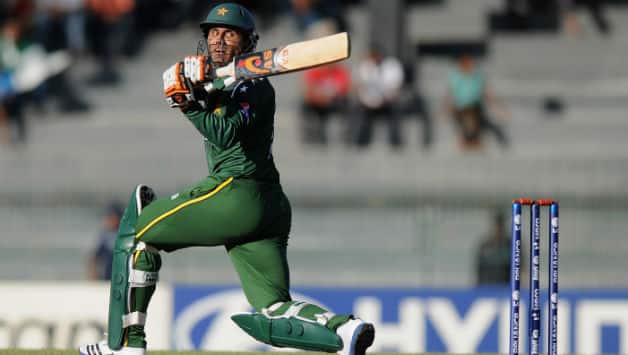 Experienced Pakistan all-rounders Abdul Razzaq and Shoaib Malik were on Tuesday, recalled for the two T20 internationals against South Africa in Dubai.

Razzaq, 33, returned to the side after he last played against Australia in the World T20 2012 in Sri Lanka and developed a rift with captain Mohammad Hafeez.

Former skipper Malik, who has played 216 ODIs and 53 T20 internationals, was sidelined after the Champions Trophy in England but has done well in domestic cricket this season.

Pacer Umar Gul, however, did not find favours from the the Pakistani selectors although he has resumed playing domestic cricket since he underwent a knee surgery in Australia in May.

There were no other surprises in the 14-member squad which is a blend of youth and experience.

The presence of four seasoned allrounders Shahid Afridi, Razzaq, Malik and Hafeez gives the squad a lot of depth and balance.

“The reason for recalling Razzaq and Malik is to have a nice balance in the side as the World T20 is also due to be played next year in Bangladesh,” a board official said.

The decision to announce the squad comes just one day after a divisional bench of the Islamabad High Court restored Najam Sethi as chairman of the board and also the interim management committee announced by the government.

Sethi had complained that because of legal wrangles the board was functioning without a national selection committee whose contracts had expired on October 31st.

Pakistan will play two T20 matches on November 13 and 15.