Chennai Braves won the toss and elected to field. New York Strikers, who had lost their opening game on the first day of the Abu Dhabi T10 to Bangla Tigers, began with opener Paul Stirling hitting two consecutive boundaries off Patrick Dooley’s first over. Stirling continued his big hits by scoring two boundaries and a six off Henry Bookes’ s second over.

Dooley got opener Mohamamd Waseem out, stumped by wicketkeeper Adam Rossington for 2. This brought in Eoin Morgan who began by hitting Dooley for a boundary to short fine leg. Stirling accelerated the run flow scoring two sixes off Carlos Brathwaite in the fourth over. Sixteen runs came off that over from Brathwaite. In the fifth over, Sikandar Raza had Eoin Morgan out for 15, caught at deep mid-wicket off Brookes.

New York Strikers were dealt a big blow in the sixth over when Kieron Pollard was dismissed by Fuller, caught by Brathwaite at extra cover, for 1. In the same over Fuller also removed Stirling for 32 caught by Brookes at deep mid-wicket. Along with the fall of quick wickets, Raza bowled a fine seventh over giving away just eight runs.

Romario Shepherd and Azam Khan then began to hit hard. Azam began by hitting a boundary off Brookes, who bowled the eighth over. Romario Shepherd followed it by hitting two consecutive sixes off Brookes to mid-wicket. Brookes struck with the fifth ball by having Shepherd caught by Sikandar Raza at extra cover for 19. Brathwaite pulled things back by bowling a good ninth over giving away just five runs.

When Fuller who bowled the last over got Azam Khan out caught at the boundary by Dooely at the long on boundary for 11, it became evident that New York Strikers would be restricted to below the 100-run mark. Jordan Thompson hit a six off the last ball over extra cover to ensure a total of 99 for 6 in 10 overs and remain unbeaten on 15.

Chennai Braves began on a wrong note, losing opener David Malan clean bowled to the second ball of the first over from Akeal Hosein for a duck. The experienced Rampaul bowled a tight second over to opener Adam Rossington and one-drop Michael Pepper giving away just four runs. Hosein struck again in the third over when Rossington reverse sweeped to Stirling at gully for 2. He gave away just three runs in the over. Raza bowled another brilliant fourth over giving away just four runs and also removing Michael Pepper. With the last ball of that over he had Pepper brilliantly caught by Muhammad Waseem at deep mid-wicket for 9.

New York Strikers took the firm grip on the match when Jordan Thompson clean bowled skipper Sikander Raza with the first ball of the fifth over and giving away just six runs. At the half way mark, Braves were struggling for runs with the score reading a mere 20 for 4. Though nine runs were scored off the sixth over from Romario Shepherd, the seventh over saw Ross Whiteley fall to Thompson, caught at deep mid-wicket for 8. So tight was New York Strikers’s bowling that the first six off the innings came only in the seventh over when James Fuller hit Thomspon to mid-wicket.

When James Fuller too departed caught by Pollard at long-on off Wahab Riaz for 6, Chennai ‘s score read 38 for 6 in 7.2 overs. The second six of the innings came when Brathwaite hit Wahab Riaz to long-on. With 53 runs needed in 12 balls, UAE’s young and promising batsman Vriitya Aravind joined Brathwaite. He hit Rampaul for two boundaries to short third man. Thought Brathwaite hit Wahab Riaz for a six over long-off in the last over to remain unbeaten on 22 and Aravind with an unbeaten 18 off eight balls, Chennai Braves got restricted to 72 for 6.

Player of the Match: Akeal Hosein 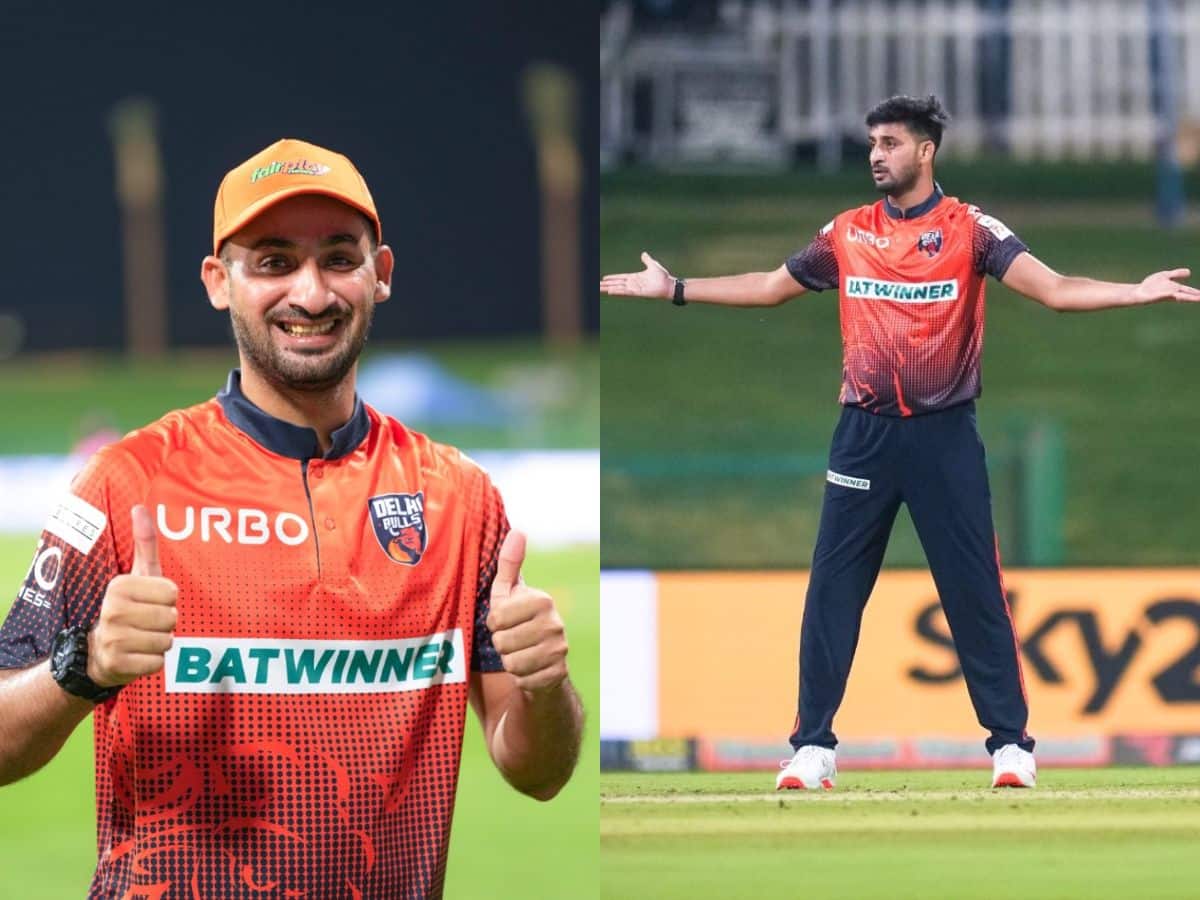