Domingo wants to blend with the Bangladesh playing culture since for the first time he is coaching a team from the sub-continent.

For the newly-appointed Bangladesh coach Russell Domingo, three aspects are at the top of his agenda. First and foremost, Domingo wants to blend in with the Bangladesh playing culture since for the first time, he is coaching a team from the sub-continent. Domingo was appointed head coach of Bangladesh after serving South Africa for two years, his tenure ending with the team s shambolic performance at the World Cup.

Domingo, along with Charl Langeveldt the bowling coach are aware currently with the Bangladesh team who are currently undergoing a training camp before they face Afghanistan in a one-off Test, their first of the ICC Test Championship. Domingo mentioned how it was important for him to establish a good rapport with the players in order to be most effective.

“My immediate goal is to make some sort of connection with the players, to understand the players, build some relationships over the next week or two – I think that’s massively important, to try and gain the players’ trust, see how the players go about their work.”

Another concern which Domingo needs to address in the domestic structure of Bangladesh. Because of an unstructured approach, Bangladesh hasn t produced new and promising cricketers as frequently as India, Australia or England and Domingo is keen on solving the issue to an extent that the team gets to accumulate a good bench strength.

“Because I have worked at a lot of different levels of cricket, from Under-15 to Under-17 to domestic cricket to international cricket, I think I am very aware of how important feeder systems are,” he explained. “That’s where your next tier of players come from. I want to place a lot of emphasis on monitoring the players just beneath the national side, and when there are opportunities to play some of those players, you need to take those opportunities.

“And it can’t be for one or two games, you need to try and give players a little bit of a run. Young players especially, so they can find their feet in international cricket. We’ve got a good national side but it’s important that we are evaluating the players just below the national side to sustain the success of Bangladesh cricket.

“After our [triangular T20I] series against Zimbabwe and Afghanistan, I’m hoping to go to Sri Lanka to watch the ‘A’ side play. It’s impossible to watch all the cricket, there’s no doubt about that. I’ve got to make sure I surround myself with people I can trust, selectors who are going to give me good inputs, connect with the high-performance coaches, with the ‘A’ side coaches, and find out who they think the best players are that we can invite closer to the national side.”

After the Test in Chittagong, Bangladesh play Afghanistan and Zimbabwe in a T20I triangular series. It will be their second limited-overs assignment since the World Cup where they finished eighth. After failing to make the semi-finals, Bangladesh were swept 0-3 in Sri Lanka, which raised further questions.

“I don’t think they are a bad team because they lost to Sri Lanka. Touring straight after a World Cup is always going to be hard. Sri Lanka probably had a bit more to gain from it with a few players leaving, it was the last game for Lasith [Malinga], [Nuwan] Kulasekara was given a farewell, they had a bit more to prove,” Domingo said. “The World Cup performances, I thought they played really well. They were really close to winning some of the games that they lost.

“You think of the game against New Zealand, maybe a missed run out [of Kane Williamson, by Mushfiqur Rahim] cost them the game. The margins of winning and losing international games are minimal, so I think the team is really close to becoming a real force in world cricket. If they just make the right decisions, at the right times, on the right days, I don’t think they are really very far off other sides at the moment.

“The log will say they ended in seventh [eighth], I think they played better than that. And I’ve been in international cricket long enough to know that sometimes the results can hinge on a decision here and there, so it’s not always a fair reflection of where you are as a team. There were a lot of positives to come out of the World Cup that they can build on going forward for sure. There are a lot of areas they can improve in, but there were a lot of positives in the World Cup.” 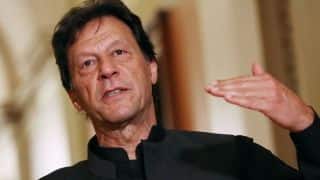