The basis for the India's refusal was that it did not want to play in a foreign condition in the first Test of a huge series.

Ticket sales for the first Test between India and Australia at Adelaide Oval are down on account of the touring team s refusal to play a pink-ball match under lights, according to the home state association chief.

Keith Bradshaw, head of the South Australian Cricket Association, said on Tuesday that sales of tickets for the Adelaide Oval Test were lower than anticipated after India declined Cricket Australia s request to play a day-night Test at the venue. Adelaide Oval has hosted day-night Tests against New Zealand, South Africa and England but the BCCI did not agree on account of the Indian team not having played a pink-ball match.

“It has been an issue – it has affected ticket sales,” said Bradshaw. “One of the characteristics that we have noticed is that we are quite down in interstate sales given it s a day Test, not a day-night Test. There is definitely a day-night factor, without a doubt.

“The fans have absolutely voted with their feet the last few years that we have had day-night Tests – we have been significantly up for attendances.”

The basis for the BCCI s refusal was that the it did not want the team to play in a foreign playing condition in the first Test of a huge series such as this, especially since India are hoping to win a landmark first series in Australia in the absence of Steve Smith and David Warner.

Earlier this year, Harbhajan Singh publicly queried the BCCI s apprehension towards playing a day-night Test. “I don’t know why they don’t want to play day-night Test matches,” he told PTI. “It’s an interesting format and we should try it. I am all for it. Tell me what’s the apprehension of playing with pink ball? If you play, you can adjust. It may not be as difficult as it seems.”

The first ever pink-ball Test was played at Adelaide Oval in November 2015, with Australia beating New Zealand comfortably inside three days with a total of 123,736 fans in attendance. Adelaide hosted the third day-night Test – one was played in Dubai between Pakistan and West Indies before that – in November 2016 and Australia beat South Africa by seven wickets.

In December 2017, Australia crushed England by 120 runs in another day-night Test at Adelaide Oval. 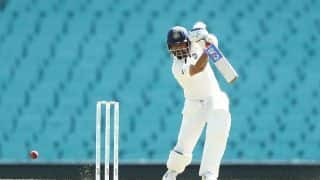 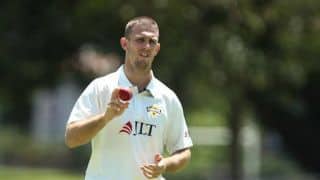