He remained very efficient with the bat and ball in the last County season, scoring a crucial half-century in the first innings and taking 4 wickets in the match.

After being a part of the victorious County Championship side of Yorkshire last year, Adil Rashid extends his contract with the club for another three years. Rashid’s first appearance for the club was back in 2006 and the player has been associated with them ever since, being highly successful with the ball. The leg-spinner has been in a good form recently and signing him might turn out to be a fruitful move for Yorkshire. Rashid has 376 wickets in the domestic circuit so far. He remained very efficient with the bat and ball in the last County season, scoring a crucial half-century in the first innings and taking 4 wickets in the match. READ: Joe Root, Jonny Bairstow shatter records for Yorkshire against Surrey

Rashid, talking to Cricbuzz, revealed, “I’m delighted to sign a contract extension with Yorkshire. The last year has been great for me after winning the Championship, playing across all three formats for England and experiencing the Big Bash at Adelaide Strikers. I love representing my home county and I hope to win more silverware with Yorkshire in the years to come.”

Director of cricket, Yorkshire, and former England player, Martyn Moxon, said talking about the player, “I’m thrilled that Rashid has signed a contract extension. Rashid is a special player across all three forms of the game and had a memorable year in 2015, both in England and overseas. He has been a very important player for Yorkshire and has played a crucial part in our recent success. We look forward to seeing him continue to perform for Yorkshire and on the world stage.” 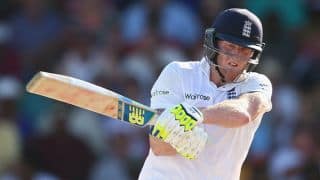