Hamid Hasan will be key to Afghanistan's success in the ICC World Cup 2015.

Kabul: Afghanistan will be participating in their maiden World Cup and their task to win even a single game in the tournament won’t be easy to get off the mark. They face Bangladesh in the opening game of their campaign and have to make a good start to have some sort of momentum going into the next games. They face former champions Sri Lanka and Australia. Also they’ll have their work cot-out when they face co=hosts New Zealand as well. Afghanistan, however, will look to put in a solid performance and try to cause an upset.

Key player: Hamid Hasan. Former coach Kabir Khan believes a fully-fit Hasan could prove to be the key player for Afghanistan. The 27-year-old should take wickets on the bouncy Australian tracks and boasts 46 wickets from 24 ODIs with best figures of five for 45. 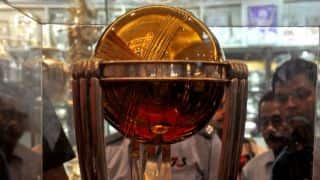