Rashid Khan remained at the top of the bowlers rankings with 793 points.

20-year old Afghanistan southpaw Hazratullah Zazai who made 156 runs in the T20I series against Ireland at an incredible strike rate of 179.31 has helped him reach a career-high 514 points in the latest MRF Tyres ICC Rankings for T20I batsmen. Before this series, which Afghanistan won 2-0 with the third game washed out, Zazai had played only one international match, a T20I in 2016 against the United Arab Emirates in Dubai. In his first two T20Is since, against Ireland last week, he scored 74 and 82 in quick time. Zazai s performances meant he was placed at No.39 in the batsmen s rankings, where Mohammad Shahzad remained highest-ranked Afghan player at No.13 with 647 points.

Rashid Khan remained at the top of the bowlers rankings with 793 points.

Ireland had a poor series, particularly in the second match when they were bowled out for 79 in a chase of 161. Simi Singh jumped 10 places among batters to No.137 he scored a 17-ball 20 in the first T20I and had a bigger jump of 17 places to No.124 among bowlers after claiming two wickets. Among the all-rounders, too, Singh moved up 24 places to No.67.

Peter Chase was another big mover. The 24-year-old jumped 27 places to No.120 among bowlers after returning a fine 3/35 in the second T20I. George Dockrell was another Ireland player to do well, moving up by five places to No.177 in the batting charts, thanks to his unbeaten 22 in the first T20I, while Gary Wilson, the Ireland captain, moved up three places to No.50.

The three-match ODI series between Afghanistan and Ireland will start on 27 August at Belfast. 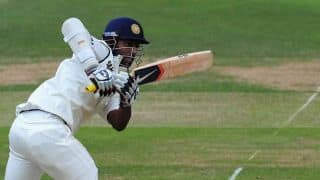 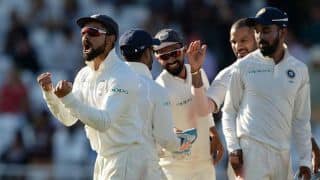