Hazratullah Zazai was adjudged Man of the series for scoring 156 runs at a strike rate of 179.31 and helping Afghanistan to a 2-0 series win

The third T20 international between Afghanistan and Ireland at Bready has been abandoned without a ball bowled due to a waterlogged pitch. Afghanistan had already won the three-match series 2-0 because of their victories in the first two games. The third game was called off by the match officials because of the purportedly unsafe nature of the playing surface after heavy rains in Bready.

Afghanistan had won the second T20I in a dominant fashion by a margin of 81 runs on Wednesday. That followed their 16-run win in the opener on Monday. 20-year old southpaw Hazratullah Zazai who made 156 runs in the series at an incredible strike rate of 179.31 was adjudged Man of the Series for his match-winning knocks in the first two T20Is.

Afghanistan, coached by former Ireland coach Phil Simmons, recently climbed to eighth in the ICC rankings for the T20 format, above Sri Lanka and Bangladesh. The two sides will meet next week in Belfast for a three-match ODI series. 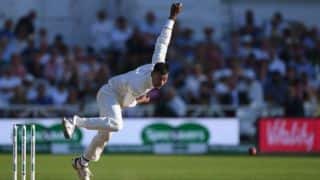 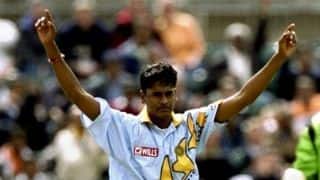