This is the second Test match for the two teams, who made their debuts in 2018.

Ahead of what will be just the second Test match in Afghanistan‘s and Ireland‘s cricket history, the trophy for the one-off Islamic Bank of Afghanistan fixture was unveiled in Dehradun on Wednesday.

Afghanistan captain Asghar Afghan, who led the team in their historic Test debut against India in June 2018, said at the unveiling: “It is a moment of pride that Afghanistan hosts its first Test match and it carries a lot of meaning for us. Although, we lost our inaugural Test match to India last year but we will aim to play in the upcoming Test match with full strength.” (SCHEDULE & RESULTS: AFGHANISTAN vs IRELAND)

William Porterfield, Ireland’s skipper, said: “First and foremost, it will be completely different conditions – our first Test match against Pakistan was a home game in Malahide in May whereas we are in Dehradun here in India in March. We will see how the pitch is in the next couple of days and expect it not to be very different.”

The two teams are based in Dehradun – Afghanistan’s home away from home, after Greater Noida earlier – for nine matches in a row. Afghanistan swept the T20Is 3-0 before Ireland levelled the five-match ODI series 2-2 (one game was washed out). 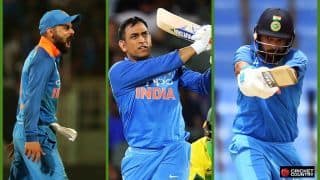 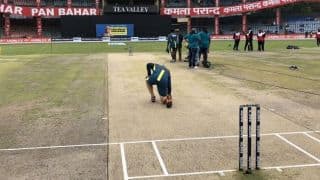