With Anil Kumble deciding to step down as the coach of the Indian Cricket team, the Board of Control for Cricket in India (BCCI) deputed its general manager M.V. Sridhar to supervise the team management for the West Indies tour. Sanjay Bangar, and R. Sridhar, will continue to remain the Batting Coach and the Fielding Coach, respectively. Earlier today, Kumble, the 46 year-old leg-spinner, withdrew from his post for the senior India Men’s team, confirmed the BCCI. Though the Cricket Advisory Committee endorsed the extension of his tenure as Head Coach, Kumble decided not to continue as the coach.

“We wish to place on record our sincere appreciation for the immense contribution by Kumble to the team which enabled India to attain the No.1 Test position. Indian cricket needs his continued contribution in various capacities and wishes him all the best in his future endeavour,” Amitabh Choudhary, Acting Secretary of the BCCI, said. Kumble was appointed coach in June 2016 for a one-year term by the CAC and was instantly successful. Under him, India won Test series against West Indies, New Zealand, England, Bangladesh and Australia.

And he was being considered the front-runner for an extension till the ICC World Cup 2019 , with Team India having won almost every series under him in the past one year. It was reported that the three-member CAC, comprising Sachin Tendulkar, Sourav Ganguly and VVS Laxman, who are tasked to find the new coach for the Indian cricket team, was willing to retain the legendary leg-spinner for the post. 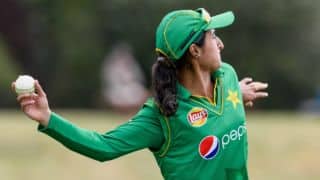