After restricting Bangladesh to 239, Pakistan s top-order faltered and they were restricted to 202/9, thus bowing out of the tournament with three loses and two wins and Sarfraz was critical of the team s batting performance throughout the tournament.

Pakistan skipper Sarfraz Ahmed did not mince any words while talking about his team s poor performance after a 370run loss to Bangladesh in their final Super Four match of the 2018 Asia Cup at the Sheikh Zayed Stadium, Abu Dhabi on Wednesday.

After bowling out Bangladesh to 239, Pakistan s top-order faltered and they were restricted to 202/9, thus bowing out of the tournament with three loses and two wins and Sarfraz was critical of the team s batting performance throughout the tournament.

Our batting was the main reason for our defeat in this tournament , said the 31-year-old during the post match presentation.

He went on to add that the team was poor in every aspect of the game and also took the blame on himself for not stepping up as a batsman and leading by example.

As a team we have not done well. Our performance has been very poor. As a player, I have done really badly too. I should have done better. We were poor in every facet of the game. There were lot of batting collapses for us in the tournament, said Sarfraz, who has scores of 6, 8,44 and 10.

Pakistan came into the tournament as one of the favourites to win the title on the back of rich vein of form of their opener Fakhar Zaman and Imam ul Haq. While Imam did reasonably well registering three fifty plus scores in five matches, Zaman was found wanting and had a horrible time with scores of 24,0,0, 31 and 1.

Fakhar is our main batsman, he failed to perform in this tournament, said Sarfraz about the left-handed opener, but was all praise for the young 18-year-old pacer Shaheen Afridi, who was handed a debut in the tournament

Shaheen Afridi is a talented youngster, we have given him opportunities to showcase his talent and he has done well too, he added. 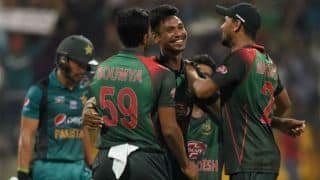 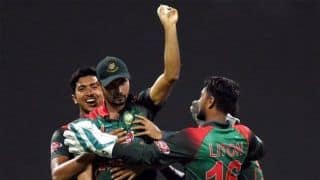