Corey Anderson was not selected on account of an injured heel sustained during the last match and will fly back to New Zealand.

New Zealand have added the 30-year-old left-arm spinner Ajaz Patel to their ODI squad as cover for the legspinner Todd Astle, who has picked up a right knee injury, as well as Lockie Ferguson and George Worker.

Corey Anderson, who returned to international cricket after 18 months during the recent T20I series versus Pakistan, was not selected on account of an injured heel sustained during the last match and will return to New Zealand for further investigations by a specialist, a press release said Tuesday.

Patel debuted in the recent T20I series in the UAE and could be in line for an ODI debut too. The Blackcaps coach Gary Stead described Astle as a fifty-fifty chance of playing the first ODI on Wednesday.

Todd s made good progress over the past couple of days and with his involvement in both the ODI and Test squads; we re keen to give him every chance to be right, said Stead. It does present another opportunity for Ajaz. He s impressed us during the UAE tour so far and we have full confidence he can do a job for this team in the 50-over format.

Ferguson is now the fourth fast bowlers in New Zealand’s ODI squad, while Central Stags batsman Worker will open in place of the injured Martin Guptill.

Lockie possesses raw pace and offers something different to the other three quicks in the squad who are predominantly new ball bowlers, said Stead. He s performed well over the past 12 months and we re hoping he can bring some real aggression to those middle overs in the innings. George has been knocking on the door for a while and has hardly put a foot wrong in the chances he has had with the Blackcaps. We know he s a quality player and this series will be a good test of where he is at.”

The first of three against Pakistan is in Abu Dhabi on Wednesday. 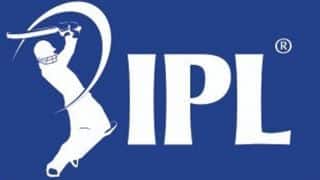