Ajit Agarkar announces retirement from all forms of cricket

Ajit Agarkar announces retirement from all forms of cricket

India and Mumbai pacer Ajit Agarkar announced retirement from all forms of cricket on Wednesday. 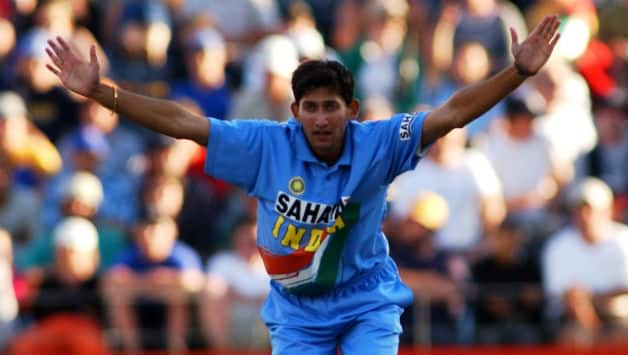 Ajit Agarkar has picked up 288 wickets for India in 191 One-Day Internationals at an average of 27.85 © Getty Images

India and Mumbai pacer Ajit Agarkar announced retirement from all forms of cricket on Wednesday.

The pacer announced his decision to the Mumbai Cricket Association (MCA) on Wednesday. “Ajit Agarkar has announced his retirement though I wanted him to continue. He said he did not want to block any youngster’s place in the Mumbai team and wanted to announce it at the start of the season and allow someone else to settle down in the team,” MCA President Ravi Savant told on Wednesday.

“Agarkar is among the last of Mumbai players to have played for India consistently and also led Mumbai team to the national championship title last year. We appreciate his contribution,” Savant added.

Agarkar represented India in 26 Tests and 191 One-Day Internationals (ODI), picking up 58 and 288 wickets respectively. He didn’t play an international match since the ICC World T20 2007 in South Africa.

Apart from being a bowler, he made handy contribution with the bat lower down the order. His highest scores in ODIs is 95 and 109 not out in Tests, wicth his only Test century coming against England at Lord’s 2002.

The 35-year old last played a First-Class match against Saurashtra earlier this year when he led Mumbai in Ranji Trophy.

“Ajit Agarkar served India with distinction for nearly a decade. On behalf of the BCCI, I congratulate him on a fine career, and wish him all the best for the future,” Board of Control for Cricket in India (BCCI) President N. Srinivasan said in a statement.

BCCI Secretary Sanjay Patel said the Mumbai player gave many memorable performances with both bat and the ball.

“Ajit Agarkar did his best with bat and ball, every time he set foot on a cricket field. He had a memorable ‘first innings,’ and hopefully his ‘second innings’ will be as eventful. Well played, Ajit!,” said Patel.

(with inputs from PTI and IANS)

Following are the bowling statistics of Agarkar:

India vs Australia 2nd ODI: Openers off to stable start; score 57/0 in 9 overs