This is also Akshar Patel's maiden call-up to the Indian Test side.

As expected the All-India Senior Selection Committee named Akshar Patel as a replacement for Ravindra Jadeja for the upcoming third Test between India and Sri Lanka. Jadeja was suspended for one match by the International Cricket Council (ICC) after conclusion of the Colombo Test. It was a tossup between Akshar and Jayant Yadav as said by Board of Control for Cricket in India (BCCI) official on Tuesday evening. The third Test will be played at Pallekele International Stadium on August 12, Saturday. Akshar is currently with India A in South Africa and is expected to join team India in a day’s time. Akshar’s is yet to make his Test debut.

Jadeja, was found to have have breached ICC’s Code of Conduct article 2.2.8. during Colombo Test, was suspended and also fined 50 per cent of his match fee. Akshar last featured for India A in the recently concluded A Tri-series involving South Africa and Afghanistan. He was third highest wicket taker for India A, picking 7 wickets from 4 matches with a best of 3 for 33. Akshar so far has played 30 One-day Internationals (ODI) and seven Twenty20 Internationals (T20I) for the Men in Blue. His last game for India was against New Zealand in the fifth and final ODI in Vizag on October 29. India are currently leading the 3-Test 2-0, after winning both Galle and Colombo Test with convincing manner. Jadeja was awarded Man of the Match for his show in the second Test as well. 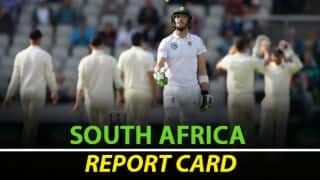 England vs South Africa Test series: Visitors’ marks out of 10 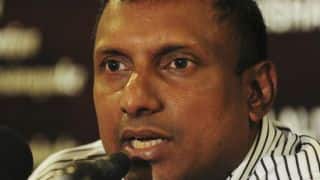