Somerset and South Africa seamer Alfonso Thomas created history on Tuesday when he claimed four wickets in as many balls during the third day’s play in their County Championship match against Sussex at Taunton. Thomas’s strikes left Sussex reeling in their match as they lost as many as five wickets within a span of 10 deliveries without a run being scored.

Thomas first claimed the wicket of James Anyon, cleaning him up for 18 off 50 balls. Then on the next delivery — the fifth of the 17th over — he got Rory Hamilton-Brown trapped in front of the wickets off the very first ball that the batman faced.

The right-arm pacer completed his hat-trick when on the last ball of the over was the experienced campaigner Ed Joyce was caught behind the wickets by Craig Kieswetter for a duck. Thomas returned to bowl his next over and cleaned up Matt Machan for another duck in the innings, off seven balls, thus achieving the feat.

New Zealand’s left-arm pacer Neil Wagner was the last bowler to achieve the feat in First-Class cricket in the 2010-11 season, while playing for Otago against Wellington at Queenstown. In County cricket, this feat was last seen in the year 2000, when Gary Butcher snared four wickets in four balls for Surrey against Derbyshire.

Below is a list showing all the bowlers who have taken four wickets in four balls in First-Class cricket: 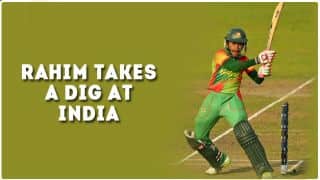 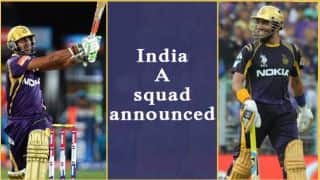