Ricky Ponting dons the selector's hat as he pens down his Australian All-Time Ashes XI from players who have featured in the contest from the last forty years.

In 2005, Ricky Ponting became the first Australian captain in a decade-and-half to lose the urn to England. However, nothing changes his reputation as one of the most successful captains in the game. In an ideal all-time Australian Ashes XI, few would debate Ponting’s selection in the eleven. But this is about Ponting the columnist, who now dons the selector’s hat as he pens down his Australian Ashes XI for cricket.com.au, from players who have featured in the contest from the last forty years.

Justin Langer and Matthew Hayden are the obvious choices. Both these openers have played a massive role in Ponting’s success as a skipper. While Langer averages 50.91 from 16 Ashes Tests, Hayden, who has been more prolific against other sides, averages a shade under 46 from 20 Tests against England.

“…those two always got us off to amazing starts so it’s hard to go past them as openers,” Ponting writes as he finalises on the top two slots.

Had Ponting not been the selector, he would have been a pick for the No.3 spot. Greg Chappell would have been another contender. But this side features a surprise at that spot. Ponting picks Mike Hussey as the side’s No. 4 batsman.

He justifies, “I have to pick four middle order batsman and first I’ve gone with Mike Hussey at number three. While some may think he is slightly out of position, he does average over 60 in Ashes Tests.

I played in a lot of memorable wins with Huss, including ‘Amazing Adelaide’ where he secured that Ashes win for us. Hussey was always the ultimate teammate, very reliable and good in the field so I think he slides well into the number three position.”

Ponting picks his former teammate and co-commentator Mark Waugh at No. 4. For all the elegance and grace, Mark wasn’t too consistent in Tests and averaged below 42 in the format. He was more prolific in ODIs though. However, Ponting points out that he averaged over 50 from the 29 Ashes Tests that he played. Mark can also bowl useful off-spin and can be used as the second spinner if needed.

The older twin Steve Waugh follows next. Ponting clarifies that it wasn’t a difficult selection and elaborates, “For number five I’ve gone with Mark’s brother, Steve, and if you talk about Ashes records there is not many better than Steve Waugh in that five and six role that he played for so many years. His Ashes average is more than 60 and he made a lot of hundreds in the Ashes, including his defiant century on one leg at The Oval. I also played under him as captain and he led the team exceptionally well. It is pretty hard to go past Steve.”

The middle-order is sealed with Allan Border at No. 6. He calls Border one of his idols and credits the gutsy southpaw for “turning Australian cricket around.” He also picks Border to lead the star-studded side. Border has played 43 Tests against England, and finished with an average in excess of 55.

“He was known as ‘Captain Grumpy’ but he’d be my captain in this XI,” remarks Ponting.

The influx of left-handers do not seem to stop. Ponting picks his fifth left-hander in the top seven. It is hard to look beyond Adam Gilchrist. The gloveman was Ponting’s vice-captain for long and won games single-handedly.

Ponting adds, “He missed nothing with the gloves and was an exceptionally explosive batsman that could change the game in the course of an hour. Gilchrist is that type of guy you want coming in late in the order for you in any contest, let alone an Ashes one.”

Gilchrist’s average in The Ashes reads 45.12, and that comes along with 96 dismissals from 20 Tests. The “explosive” bit that Ponting refers seems an understatement. Gilly’s 1,083 Ashes runs came at a strike rate in excess of 92!

It’s an obvious pick and Ponting nails it by stating, “There’s only one spin bowler for me and that’s Shane Warne. He was just a freak at what he did and his ability to stand up on the big stage, execute when it mattered and mesmerise English opponents was second to none.”

Warne has 195 wickets in The Ashes contests, the most by any bowler. They came at an average of over 23.

Keeping in mind, the performance span is last 40 years, Ponting has gone over Dennis Lillee only since 1977. He played till 1983, and in the 12 Tests during this time, the legendary pacer scalped 82 English wickets at 20.78. During the same time, Rodney Hogg got 56 wickets at 17. Ponting made a surprise choice by picking Hogg as one of the pacers.

He justifies, “… I know this selection might raise some eyebrows. I went through the cold hard facts, the stats, the numbers and it’s pretty hard to argue against a player who has an average of 17 with the ball in Ashes cricket.”

Last but not the least, Ponting finally picks one of his favourite teammates Glenn McGrath. Pigeon has the second most wickets in The Ashes contests. His 157 wickets have come at an incredible 20.92. 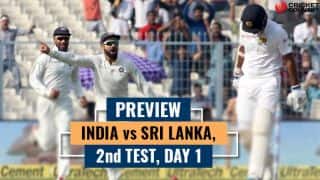 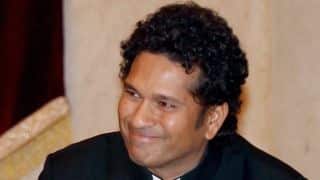 Sachin Tendulkar to flag off second edition of Kolkata Marathon