Amitabh Chaudhary should be next BCCI President: East Zone

Amitabh Chaudhary should be next BCCI President: East Zone

Former BCCI president N Srinivasan, who still has some clout, will have a big role as he controls as many as 10 votes in a total of 30.

New Delhi: The sudden demise of veteran administrator Jagmohan Dalmiya has turned the Board of Control for Cricket in India (BCCI) into a divided house with the East Zone units deciding to prop up their own candidate, giving a new twist to the intense succession battle. The East Zone units, in all likelihood, are going to field joint secretary Amitabh Chaudhary of Jharkhand as their candidate for the post of BCCI president. While Sharad Pawar and Rajeev Shukla’s names are doing rounds but both the seasoned politicians might not find it easy to get a proposer and seconder from the Eastern zone where there are as many as six votes comprising of Bengal, Assam, Jharkhand, Odisha, Tripura and National Cricket Club (NCC). Read: Jagmohan Dalmiya’s demise will hamper Indo-Pak cricket ties, says Pakistan daily

There is every possibility at this point of time that if Shukla or Pawar throw their hat in the ring, there will be an election and not an unanimous selection. As for Pawar, the former ICC and BCCI supremo is testing waters currently and would only offer his candidature if he is sure of atleast 16 votes for which he would need government support. In any case, a veteran of electoral politics, Pawar is known to take decisions after long and hard deliberation. The East Zone officials had an informal discussion with each other in the last two days and they have come to a conclusion that till 2017, the president should be someone from their own zone.

“The East Zone states want that somebody from the zone becomes the president. At this point of time, Amitabh Chaudhary fits the bill perfectly,” a top BCCI official from East Zone told PTI on condition of anonymity. “He had been an IPS officer, has managed Jharkhand State Cricket Association (JSCA), has attended AGM and is an office-bearer. Atleast, four East Zone units will back Chaudhary’s candidature. Our contention is till 2017, it should be someone from the East Zone. If not, then one can’t rule out the possibility of an election. You can be rest assured if Pawar fights, CAB and NCC (kind of Dalmiya’s family club) won’t vote for him,” the senior East Zone official said. Read: Sharad Pawar, N Srinivasan to join hands to decide on future BCCI President?

According to sources, former BCCI president N Srinivasan, who still has some clout, will have a big role as he controls as many as 10 votes in a total of 30 which is about one third. Chaudhary is known to be a Srinivasan loyalist just like treasurer Aniruddh Chaudhary of Haryana. In East zone, Srinivasan still has lot of support from Assam, Bengal, Odisha and Jharkhand. For Shukla, who is known to be friends with everyone cutting across party lines, it will also be a big ask to get a proposer from the East. He may still manage to pull through if he can convince East Zone units not to field a candidate and back him as a consensus choice.

Meanwhile the upcoming Special General Body Meeting of the BCCI may also get deferred from proposed 15 day schedule till the BCCI gets clarity on N Srinivasan’s participation. In fact as and when the meeting happens, Cricket Association of Bengal will be represented by its senior-most executive functionary which is joint secretary Subir Ganguly. Although there is no such rule, it is has been a convention in CAB that when president is no more till the time of new appointment, the senior of the two joint secretaries will attend and that is why Subir will be attending the meet instead of Sourav Ganguly, the other joint secretary. Read: Jagmohan Dalmiya ‘rarity among administrators,’ says Ian Chappell

Pat Cummins and Steve Smith caught in a strange act! 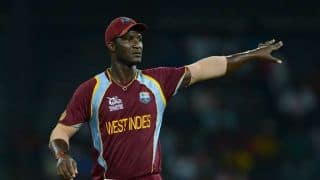