Andrew Flintoff has revealed that his team had ' cheated' during the 2005 Ashes series win over England.

Melbourne: Former England all-rounder Andrew Flintoff has revealed that his team had ‘ cheated’ during the 2005 Ashes series win over England. Although his comment was met with laughter, Flintoff admitted that it was against the rules and spirit of cricket when England used substitute fielders illegally during the series, News.com.au reported. He was reflecting on the work of England substitute Gary Pratt, who ran Australian captain Ricky Ponting out with a direct hit in the fourth Test at Trent Bridge. However, Ponting was seemingly discontent with the decision and expressed his frustration on the field as Australians believed that Pratt came on to the field in order to give one of the England fast bowlers some rest and not as a substitute fielder. “Remember in 2005 when you got that guy who was a gun fielder and he ran Ricky Ponting out? That was cheating, wasn’t it?” asked co-host Waleed Aly. “Yeah. Yeah of course it was,” said Flintoff, speaking on Channel 10’s The Project. Andrew Flintoff: IPL did not give me adrenaline rush

Earlier, Flintoff revealed that he felt a lack of drive in his bid to excel in the Indian Preimer League (IPL) due the absence of “emotional attachment”. The burly all-rounder was picked for a whopping $1.5 million by Chennai Super Kings (CSK) for the 2009 edition when the Englishman played only three matches before returning home with an injury. He said that even though he earned a lot of money, he was not able to relate to the IPL because of the lack of any adrenaline rush. ”When I played in the Indian Premier League, when I played that stupid Allen Stanford game in 2008 (West Indies beat England to take the 12.4 million pounds prize), I realised something central about my relationship with cricket, about getting the best out of myself. I don’t play for money. I’m not sure I even can play just for money. Money is great, I can’t lie about that,” Flintoff wrote in a column for the Daily Mail, reports IANS. Andrew Flintoff reveals the good and the bad side of Australia 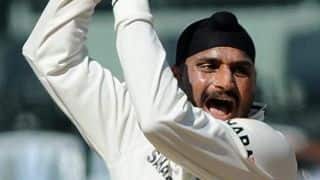