Flintoff was severely pulled up by then-coach Duncan Fletcher.

Former England cricketer Andrew Flintoff has revealed that his notorious encounter with a pedalo during the 2007 World Cup was a failed attempt to enjoy a nightcap with Ian Botham.

Flintoff was fined and banned for one match by then-England coach Duncan Fletcher after the drunken incident in the Caribbean, which saw the all-rounder rescued from the sea in the middle of the night. Speaking in an interview to be broadcast by ITV on Friday, Flintoff explained that he had simply wanted a late-night drink with former England star ‘Beefy’ Botham.

Recounting how he found himself on the beach after a night of heavy drinking, Flintoff said: “For some reason I had this idea these boats out to sea — it sounds bizarre — but I knew Ian Botham was on one (boat) and I thought, ‘I’m going to have a nightcap with Beefy.’

“I thought, ‘I can’t swim. That would be dangerous.’ So I was going to get a kayak. I couldn’t find the oars, so I dragged this pedalo into the water.” He added: “The next morning I woke up. I was on my bed, still wet and (with) sand between my toes. Then the door knocked. The door had these slats, and I thought it was the maid wanting to clean the room.

“So I said, ‘Can you come back?’ But it was the coach. I pulled the slats down and answered the door, and then Duncan just said, ‘My room, now.'” During the interview, 36-year-old Flintoff also reveals that he suffered from the eating disorder bulimia during his playing days.

A key member of the England team that triumphed over Australia in the Ashes in 2005 and 2009, Flintoff came out of retirement after five years in May in order to play Twenty20 cricket for Lancashire. 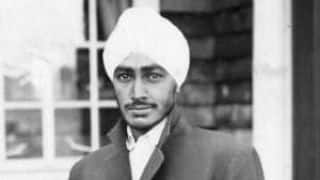 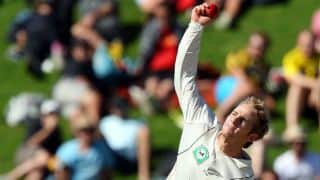