Trevor Bayliss is set to step down from his position in 2019 after the Australia s Ashes tour of England.

Trevor Bayliss is set to step down from his position in 2019 after the Australia s Ashes tour of England. Former England captain, Andrew Flintoff in his podcast Flintoff, Savage and The Ping Pong Guy said he wished to coach the national side.

Flintoff will be applying for this post the second time after 2014. Peter Moores was re appointed as the coach back in 2014. Flintoff admits that Moores was a better option than him at that time.

“We spoke about it and I was serious, but I had to think if I d be better than the person they re choosing,” he said.

“I knew I wouldn t be better than Peter Moores, so after a half an hour conversation I withdrew, but also said if Moores doesn t get it, put me back in the hat,” he added.

Flintoff also talked about how his experience and how mental health holds an important part in the team s performance. He also claims this to be his greatest asset.

“A coach s job now is to get players feeling the best they can be to perform, as a coach or mentor, that d be my greatest asset,” he said.

Flintoff concluded praising the Australian side by saying this is the current side is best they have got. He also was very impressed with Josh Hazlewood s performance and criticised England s bowling in the Ashes.

“As a rounded unit they ve got now are the best they ve had,” Flintoff said.

“The one bloke who epitomised it for me was Hazlewood, I watched him charge in spell after spell like his life depended on it, compared to England s bowlers who looked like they were lobbing in,” he added

“For the first time in a long time, Australia have become Australia again, they were ruthless.

“England have gone back to England, back to the way they were in the 1990’s, soft,” he concluded. 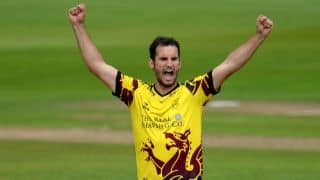